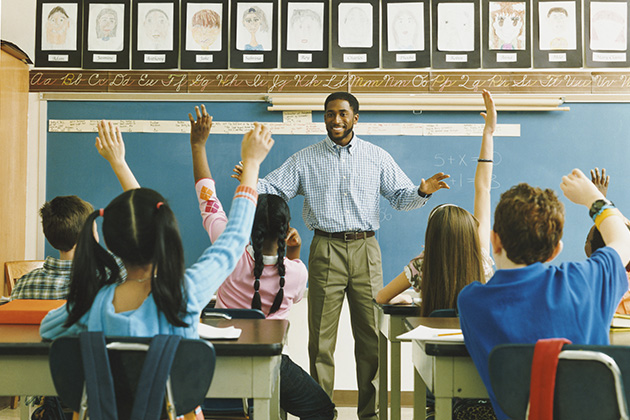 Grammar instruction is vital, but the methodology is continuing to shift to a more student-centered approach that actively involves the learners. Thus, the material presented should be meaningful and relevant to the learners' daily lives.

According to Kara Moranski and Frederic Kim, grammar should be introduced by doing rather than through mere rule memorization.

"The past several years have seen a marked increase in the implementation of inverted, flipped or active learning classroom model to learners via videos or readings assigned as homework, and class time is diverted almost entirely to interactive applications and students complete activities afterwards," they wrote. "In the inverted classroom (IC), much or all of a lesson's content is introduced at the postsecondary level. These terms refer to lesson designs that reverse a 'traditional' instructional order in which the professor presents content during an in-class lecture."

Students can learn through traditional methods, but there are better, more efficient ways than doing it just "by the book." Involving students in activities gives them a chance "to use grammar in a context that is relevant to real life."

The focus is on communicative competence. One aspect of that is grammatical competence, as Jerry G. Gebhard explains: "To have grammatical competency means to be able to recognize sentence-level grammatical forms, including lexical items (vocabulary/words), morphological items (smallest units of meaning, such as re- meaning again in remind), syntactic features (word order), and phonological features (consonant and vowels sounds, intonation patterns, and other aspects of the sound system)."

Exposure to the target language is much more useful than just going through the books, according to Bill Van Patten, professor of Spanish and Second Language Studies at Michigan State University. This is what he would like to see:

"Lots of comprehensible input in the classroom. Stop thinking about textbooks and syllabi and think about getting language use going on in class, and by 'language use' I mean teachers using as much language, particularly at the early levels, with their students, as possible. So that would be creating units around themes and interesting questions that are age, level, and context appropriate."

Van Patten addresses L2 teachers, but his comments are valid for ESL. He says teachers should fully engage students in conversation, not just talk at them:

"Second, we're not talking at students, we're talking with students, so when we talk about teachers providing lots of language and input in the class, we're not saying you stand up there and talk, we're saying, you say one or two things and then you get the students involved," Van Patten says. "So you might say, 'Look at this guy here. His name is Ralph. What do you think? Is he a student or a teacher?' (It will depend on your level, if you recognize those words. They are cognates in Spanish. I teach Spanish and French.)

Students and teachers talk for a purpose and discuss real issues.

"The third thing I'd want teachers to walk away with is that when we talk about using language in class, we want to be as purposeful as possible," he says. "In the sense that when people talk in real life, they talk for a reason, even if they gossip, they gossip for a reason."

A mismatch between the language-learning activities and the academic material would mean that the students are just working through structured exercises. Such activity is not beneficial since the students may just store the forms away in memory and not really acquire the material.

Salience is an important factor. Salience "involves the degree to which an item is noticed or its perceived linguistic strength."

A recent study shows that salience is a major part of lexical acquisition. Rather than just learning about grammar or words, a class will actually use the language to learn new material related to what they are doing now or planning to do in the future.

"Usage-based approaches to language acquisition are increasingly used in second language (L2) studies to investigate the development of a number of linguistic skills," the researchers write.

Students learn how to apply their language skills. This approach will help the learners bridge the gap to the improved linguistic competence that is a prerequisite to further study in regular school or college subjects.

The core material should be authentic. The curriculum is taken from the subject matter, so students use English input as a tool to learn new information and interact with it.

"Strong arguments for the role of input state that L2 acquisition relies on the quality of available input," according to the researchers.

The topics fit the needs of the students as they enhance their knowledge of English while learning a new content area. "Learning languages provides connections to additional bodies of knowledge," according to the ACTFL.

In teaching grammar, the input does not have to be targeted at a specific grammatical structure. Justin Bailey suggests a more topical-interactive approach by making the lesson relevant by targeting the students' interests rather than the grammar point of the day.

"Non-targeted CI can involve discussing students' interests and opinions, reading or viewing content that especially interests students (perhaps selected by students individually), inventing stories with students, or interacting about anything that happens to come up that elicit strong reactions from students," Bailey said.

Finally, instructors need to realize that grammar is not static. It is constantly evolving. Take verbs as revealed in a recent study.

"The rise of one form over another was clearly not only down to chance, but was largely a result of active preference — akin to natural selection," Nicola Davis write in The Guardian. "Specifically, 'woke' is increasingly preferred over 'waked' and 'lit' more popular than 'lighted,' while 'weaved' and 'snuck' are on track to eventually overtake 'wove' and 'sneaked,' respectively."

Conversely, verbs that were irregular have become regular: "The study also revealed that a flower today is more likely to be 'smelled' rather than 'smelt' and that the neighbor's cat probably 'dove' behind the sofa."

Students who have learned from older texts may use what are now considered archaic forms.

Music is another resource. Music and rhythm can help children learn grammar, according to Reyna Gordon, director of the Music Cognition Lab in the Department of Otolaryngology at Vanderbilt University Medical Center: "She found children who can detect rhythmic variations in music have an easier time putting sentences together."

Music is beneficial for all ages, not just children. Music videos are available online to teach different points of grammar in a fun and interactive way.