Teaching physicians how to interact with transgender patients 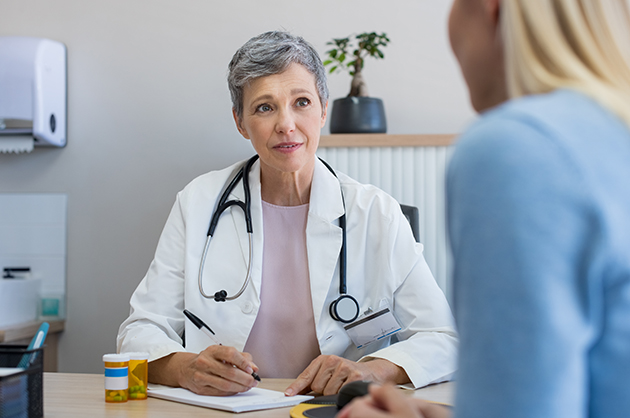 Accessing appropriate medical care is more challenging for members of the LGBT community than for heterosexual and nontransgender people. Although LGBT people share the same health risks as the rest of society, they also face a profound and poorly understood set of additional health risks because of social stigma.

In a 2007 survey of 736 California physicians (13 percent response rate), 18.3 percent of respondents were "sometimes" or "often" uncomfortable providing care to gay patients. A 2011 survey completed by 132 American and Canadian medical school deans found that undergraduates received a median of just five hours of training in LGBT-related content. Of those schools, 44 had zero hours of LGBT content in their clinical studies.

Medical education organizations have called for LGBT-sensitive training, but how and to what extent schools educate students to deliver comprehensive LGBT patient care remains unclear.

Although guidelines exist for treating transgender patients, many physicians are poorly prepared, with medical school and residency curricula lacking in content on such care. As a result, many providers do not have enough experience and knowledge to adequately care for this patient population.

Studies have reported that 80 percent of gynecologists and 81 percent of endocrinologists — both among the specialists most frequently consulted on sex hormone prescription and monitoring — have not received training on the care of transgender patients. This often results in transgender patients avoiding their doctors' offices.

Although transgender patients have high rates of HIV, mental illness, smoking, and drug and alcohol abuse, nearly a quarter of transgender people report having avoided seeking healthcare in the past year due to fear of mistreatment.

However, a new study demonstrated that the needs of transgender primary care patients can be met through simulation. By acting out scenarios commonly seen in the clinic, real-life transgender actors can help residents learn to provide more sensitive care to those with different gender identities.

According to Richard E. Greene, M.D., lead author of the study and assistant professor in the Department of Medicine at NYU Langone Medical Center, even physicians who had baseline knowledge of care for transgender patients before the study found that learning in this safe, simulated way added value in helping them provide more sensitive care for transgender patients.

This was the study scenario: The transgender actress was taking the anti-androgen hormone spironolactone for reducing masculinization, along with the feminizing hormone estradiol. She also came in for hypertension and had dangerously high blood levels of potassium. The patient then expressed the desire to undergo an orchiectomy to remove the testicles.

The residents had to explore and respect the patient's treatment goals, administer the hormonal transition hormone therapy, and develop a plan for managing her hypertension and hyperkalemia.

Next, the researchers wanted to see whether the residents asked questions that demonstrated sensitivity, like a patient's preferred pronoun and gender identity, as well as to learn whether the discussion included topics such as sexual activity and associated risks.

The transgender actress patient rated the 23 internal medicine residents on their ability to communicate and leave the patient satisfied with the interaction. The average scores using a newly designed behavioral measure achieved by the residents were 89 percent for overall communication and 85 percent for satisfaction.

Although the results indicate that good communications skills and scenario training with a transgender actress helped some residents overcome their lack of transgender-specific clinical expertise and shed preconceptions, the patient's long-term goals of care were not addressed, suggesting the need for including transgender standardized patients in medical teaching and curricula.