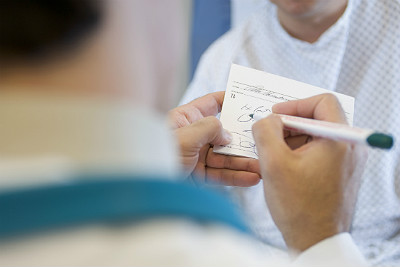 Drug abuse is regarded as a major health problem in the United States. Drug abuse and misuse lead to addiction, which can become a chronic disease if not immediately identified and steps are taken to achieve recovery.

Drug abuse is defined as the use of prescription drugs in a manner outside of its intended purpose or the use of illicit drugs with no medical benefit. Drug abuse and addiction have become synonymous with one another, and the problem impacts a wide variety of individuals. Regardless of one's background, the abuse of a prescription or illicit drug can impact any individual who has access to these drugs.

Prescribers along with other healthcare professionals can play a vital role in deterring drug abuse by prevention of overprescribing and ongoing education on the consequences of drug abuse.

According to the National Institute on Drug Abuse (NIDA), the abuse of tobacco, alcohol and illicit drugs costs the U.S. about $700 billion annually with costs being related to crime, lost work productivity and healthcare. The misuse and abuse of illicit drugs, such as heroin and cocaine, is estimated to cost the American population about $181 billion per year.

While the intent of the drug-monitoring programs is to curtail patients who may seek out drugs from multiple prescribers, this can also be used to identify physicians whose prescribing habits are viewed to be inappropriate or unnecessary. The newfound expectations for rogue prescribers include having patients complete an opiate risk and pain assessment questionnaire and having discussions with patients about the benefits and risks of opioid abuse.

The result has been less prescribing of opioids. Unfortunately, this had left many patients with significant pain or those who were addicted to opioid analgesics without other legal alternatives.

These patients then turn to cheaper drug alternatives to achieve the same outcome they received from their prescription medications. Unable to obtain adequate pain control, they often turn to heroin, which can be far more affordable than opioids but with the same elevated potential for drug overdose.

According to the Centers for Disease Control and Prevention (CDC), payers are presented with a financial incentive to reduce inappropriate drug prescribing, and this can ultimately have a significant impact in overdose prevention. As it currently stands, the best way to deter misuse of opioids and heroin is through ongoing education both for prescribers and patients.

The benefits of educating prescribers can include improved awareness of what they are prescribing and better identification of patients who can be predisposed to addiction based on their patterns of use. Once a patient reaches the point of addiction, it is recommended they undergo a comprehensive rehabilitation program that is developed to meet their specific needs.

Prescribers can obtain more information from their individual state's drug-monitoring program. While drug abuse continues to be a prevalent program, steps are being taken by the government and individual states to monitoring both the prescribing habits of providers as well as administration habits of patients.