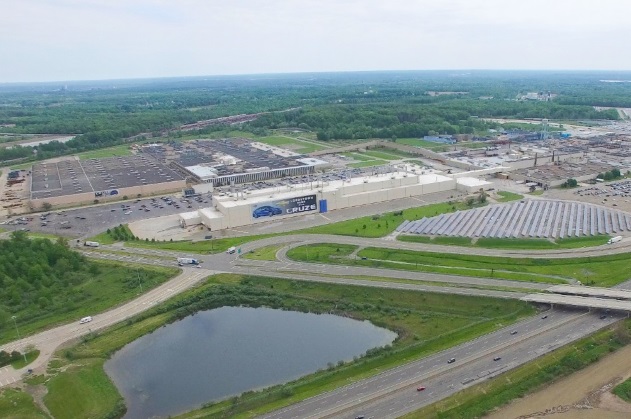 Auto giant General Motors has announced it will begin manufacturing a new electric vehicle (EV), with the news coming shortly after previously reported plant closures took effect. Meanwhile, the IRS has confirmed that an electric car subsidy is now being phased out.

Last November, GM signaled 14,700 layoffs by 2019, as it restructures towards more ecologically sound EV manufacturing. This has been a thorn in the side of the Trump administration’s spotlight on Rust Belt manufacturing jobs, as disparities between job statistics and real-world losses are highlighted. Despite monthly reports, the U.S. manufacturing sector faces attrition that can’t be obscured by political machinations, and the GM controversy proves this.

In late March, Trump criticized GM for shuttering its Lordstown, Ohio, factory, causing the loss of 5,400 jobs in the process. But such righteousness falls flat in the face of federal tax credit changes. On April 1, an Obama-era federal EV tax credit was reduced from $7,500 to $3,750 — a harsh April Fool’s Day for anyone who thought they could rely on EV market stability.

The stated rationale behind this change is that GM has already hit the 200,000-vehicle limit to qualify for the credit. But recent legislation that extends a "number of alternative fuel tax credits" did not extend the EV manufacturing limit. This is a political move at a time when new credit-extending legislation, backed by automakers like GM and Tesla, addresses other manufacturing areas.

Tesla is another recipient of the now-expired tax credit, and the company reports much slower sales due to this change.

Amidst job losses and politicized tax maneuverings, there’s still more GM news. The company has just announced a new EV model to complement its Chevy Bolt EV. This vehicle will be a crossover SUV under the Cadillac brand, the first of 20 new EV’s in the works for the company by 2023.

Michigan is the fortunate recipient of this new EV’s manufacturing plant: a $300 million investment at Orion Township will add 400 new jobs. Part of the company’s green energy restructuring project, it also abides by new manufacturing provisions under the yet-to-be-passed United States-Mexico-Canada Agreement (USMCA).

Speaking of investments, what about the workers? The United Auto Workers (UAW) will negotiate a new contract with GM later this year. When President Trump visited Ohio in March, he blasted the union for job losses and demanded the Lordstown facility be reopened.

The UAW’s vice president, Terry Dittes, has acknowledged GM’s investment in Michigan, even as jobs are lost elsewhere: "The great workforce at Lake Orion understands that today’s announcement will provide over 400 new jobs for a General Motors product of the future built by UAW Local 5960 members for years to come right here in Michigan. Today’s GM commitment of $300 million to build this electric vehicle, with our UAW members, is a good start on GM’s investment toward keeping future manufacturing jobs here in America."

Dittes has emphatically stated that the UAW will "negotiate hard" for the Lordstown plant to stay open. The closure impacts 1,400 workers and "thousands more indirect jobs in the surrounding area in northeast Ohio, a key swing state in presidential elections," according to Bloomberg

Key considerations in the upcoming months include how the company withstands the federal tax credit rollback, which will have a definite impact on manufacturing demands, along with simultaneous plant closures; new openings; presidential politics; international developments like Brexit; and tense union negotiations.

Many GM workers have been dedicated employees for decades. This is why the UAW filed a lawsuit in U.S. District Court for Northern Ohio to ensure workers’ contractual rights with GM at plants in Lordstown and Baltimore. The company’s Hamtramck, Michigan, plant closure has also drawn serious resistance, as community protests include many Detroit area local union and Moratorium Now members.

No matter how these lawsuits and protests turn out, the changing world of auto manufacturing is under immense scrutiny.

How do large companies transition to green manufacturing practices and products while maintaining a stable workforce? All eyes are on GM: a notable corporate canary in the coal mine economy.