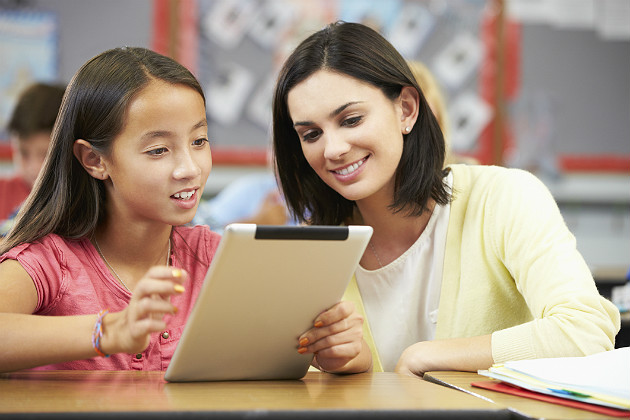 On Friday, Tanya's teacher sighed sorrowfully, "Tanya forgot all six sight words she knew on Monday. I spent 30 solid minutes teaching them to her. This always happens. What's wrong with her?"

What's wrong? Maybe nothing. Maybe she just needs the right kind of practice.

Last week, after 30 solid minutes of massed practice focusing exclusively on six words, Tanya recognized each word three times. She and her teacher were delighted: Tanya had mastered them. It was time to leave them behind and practice new ones.

But next week, delight turned to anguish. Tanya couldn't remember just one word. As she lost her smile, her eyes welled with tears.

So what to do? How can you increase Tanya's chances of remembering these and other words for a lifetime?

One way is distributed practice, also known as spacing.

A century of research

Distributed practice is not a panacea, but may substantially increase Tanya's odds of quickly, accurately and reliably identifying words long after initial instruction. It may even save reteaching time.

After reviewing more than 100 years of research on distributed practice, also known as the "spacing effect," Daniel Willingham, a professor of psychology at the University of Virginia, concluded:

"Suppose a student is going to spend one hour learning a group of multiplication facts. How should that hour be allocated? Should the teacher schedule a single, one-hour session? Ten minutes each day for six days? Ten minutes each week for six weeks? ... Distributing study time over several sessions generally leads to better memory of the information than conducting a single study session. This phenomenon is called the spacing effect.

Similarly, after reviewing the recent research on spacing (distributed practice) to enhance learning, Shana K. Carpenter, assistant professor in psychology at Iowa State University, and colleagues from several universities concluded that "studying information across two or more sessions that are separated (i.e., spaced apart or distributed) in time often produces better learning than spending the same amount of time studying the material in a single session."

And spending the same amount of time to strengthen students' memories for what's taught may save not only reteaching time, but also frustration and tears. It's a smart move.

This may strengthen students' confidence, motivation and sense of well-being. Sadly, like researchers, I've found that schools usually use massed, not distributed practice. No wonder so many Tanyas quickly forget their lessons.

Teach and practice the words 5-10 minutes some two or three weeks later, and so on. And make sure they use them in their daily reading and writing.

If the students have two minutes of free time right before they leave for lunch, use an activity they like to quickly practice the words. You might say, "I’ll show you a word. Whisper it to your partner. Then I'll ask a volunteer to tell me the word…. Let's try one for practice…." On the fly, you're using distributed practice.

Likewise, if parents want to briefly practice words with their children, routinely send them short lists of previously learned words (words the children knew in class), along with simple directions. Put one or two videos on your school's website, showing parents how to help their children practice words. Practicing with parents will give most children an opportunity to shine.

In all cases, use caution. Remember, not all recommendations help all students. Some backfire. Use progress monitoring probes to frequently assess the effectiveness of distributed practice.

After several weeks, summarize its effects. If it's working, keep using it. If not, identify the barriers to progress and modify or eliminate them to promote strong memories of recently taught facts.

And if you're a parent of a child with special needs, who quickly forgets what's he (or she) knew on Monday, work with your team to include distributed practice in his IEP or Section 504 plan.

If you want students to remember critical facts, use distributed practice (the spacing effect). It costs nothing, focuses attention, improves memory, has stacks of research supporting it, and minimizes or eliminates critical re-teaching time.

Distributed practice may well improve your students' confidence, motivation and sense of well-being.

Howard Margolis, Ed.D., is Professor Emeritus of Reading and Special Education at Queens College of CUNY. He was founding editor of the Journal of Psychological and Educational Consultation and is Editor Emeritus of the Reading and Writing Quarterly: Overcoming Learning Difficulties. He and Dr. Gary G. Brannigan, Professor Emeritus of Psychology and Chancellor’s Scholar at the State University of New York at Plattsburgh, are authors of Reading Disabilities: Beating the Odds.