Survey: Fear of a pending recession causes ‘layoff anxiety’ for many 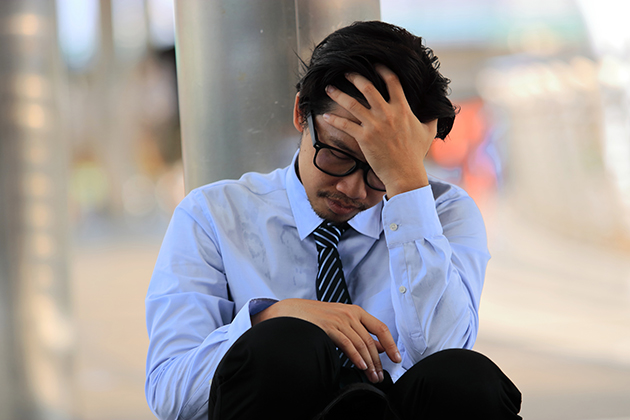 Is there a recession on the horizon? Whether there is or not, about half of Americans fear that another downturn is imminent, and they also believe that they’ll be laid off when it occurs.

Despite record low employment levels, a new survey by CareerArc reveals that 48% of employed Americans suffer from layoff anxiety. So, what is layoff anxiety, what’s fueling it, and how prepared are Americans?

What is layoff anxiety?

Layoff anxiety — as you probably guessed — is the fear of being laid off by your employer. According to some schools of thought, a little anxiety keeps workers on their toes.

However, this is a different type of apprehension and uncertainty. "Layoff anxiety can be a major distraction and source of stress for employees, keeping them from being able to engage with and focus on their work, or driving them to seek other jobs that they perceive to be more permanent and secure," explains Robin Richards, CEO of CareerArc.

Why almost half of employees have layoff anxiety

Some of the survey respondents concerned about being laid off have been down this road before. Richards says that 40% of them have been laid off or terminated at least once. "Losing a job can be a deeply traumatic experience that lives long in people’s memories, fueling continued fear and anxiety."

But these workers aren’t just living in the past — their fears are also based on current events. For example, 32% of respondents said they’ve heard office rumors of a potential layoff. "In addition, 30% of survey respondents who stated they are experiencing layoff anxiety noted recent layoffs at their company as the source of their fears." Also, 34% are fearful of a recession.

"Young adults often hold entry-level jobs and have less work experience and fewer marketable skills, and this often makes them fearful that they can be easily let go or replaced," Richards says.

Since they tend to make less money, younger adults are also less likely to have savings. Richards explains that this makes them even more fearful of losing their jobs.

"In addition, younger adults are also likely to have been minors at the time of the Great Recession," she says. "If they saw their parents or older relatives experience layoffs or joblessness during this impressionable time, they may be more likely to fear that layoffs could happen to them too."

As demonstrated by young adults, layoff anxiety tends to be based on financial preparedness. The survey reveals that other population groups that are not very prepared — or not at all prepared — for a layoff include women; renters; employees who make less than $50,000 a year; individuals who don’t have a college degree; those who are unmarried; and parents (with kids still at home).

"Since women, as a group, make less money than men, it’s likely that they find it more difficult to save in preparation for a layoff," Richards says. In addition, she says it’s not a surprise that those without a college degree would be less prepared. "People with degrees generally make more money and hold more stable jobs than those who don’t."

Marital status makes a difference since married people are more likely to have dual incomes and shared household expenses. "Lastly, people who have children are less likely to be prepared, because the expense of raising children likely makes it more difficult to save for a rainy day."

Since layoff anxiety is so prevalent in the U.S. workforce, Richards says it makes sense for companies to manage and address these worries head-on. "Company leaders and HR professionals can take steps to both assuage unnecessary fear among employees by improving communication channels, and prepare for unexpected changes in the business environment by securing an outplacement service to help employees find new jobs quickly and easily in the case of a layoff."