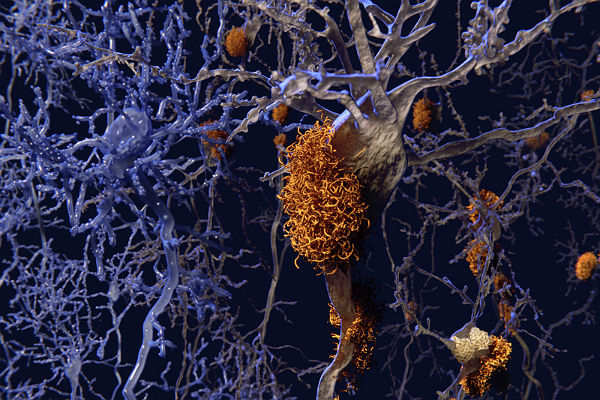 There are now fewer adults being diagnosed with the dementia associated with Alzheimer's disease, according to a new report in the Journal of the American Medical Association. This dip in numbers is attributed to probable changes in lifestyle.

There are numerous modifiable lifestyle factors that have potential to impact overall health. Several have been identified within the research literature to be associated with a greater risk for Alzheimer's disease. These include smoking, diabetes mellitus type 2, physical inactivity and overweight/obesity. Physical inactivity has been reported to have the highest risk at 22 percent, and smoking the next highest risk at 15.7 percent.

Unlike other work, the study in JAMA did not identify obesity as a factor, but there may be other variables. This demonstrates how complex following life habits can be. But lack of physical activity certainly is not under question as a contributing factor for poor cognitive health. Animal and human studies have demonstrated that exercise contributes to improved cardiovascular function and decreases risk for dementia. (human)

The decreases in the rate of Alzheimer's disease have implications for healthcare and how we work to prevent dementia even further.

"That's well over a million people who don't have dementia, who would have had it if the rates had stayed the same as 2000 rates," John Haaga, Ph.D., the director of the Division of Behavioral and Social Research at the National Institute on Aging, told NPR.

Haaga and Langa, one of the study's authors agree that education has a big impact on the brain.

"Education might actually change the brain itself," Langa said. "We think that it actually creates more, and more complicated, connections between the nerve cells so that you're able to keep thinking normally later into life."

Haaga said education not only changes the brain, but your whole life. "It affects what kind of work you do, of course," he said. "It also affects who your friends are, who you're married to, whether you're married. All aspects of life are affected by educational attainment."