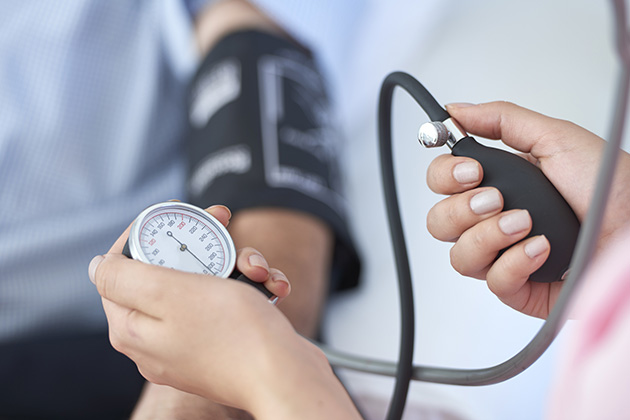 The number of Americans at risk for heart attacks and strokes keeps increasing. In the United States, an estimated 103 million adults have high blood pressure, nearly half of all adults. Recently published guidelines have redefined hypertension as a reading of 130 systolic or 80 diastolic. The previous standard was 140 over 90.

The percentage of U.S. adults with high blood pressure jumped from 32% under the old definition to nearly 46% under the new definition. Overall, cardiovascular diseases remain the leading cause of death in the world, claiming nearly 18 million lives in 2015, and in the U.S., heart disease is the No. 1 cause of death and stroke.

A new large study, the Hygia Chronotherapy Trial, investigated the effect of time of day when people take their blood pressure medications on their risk of cardiovascular problems.

The study, led by Professor Ramón C. Hermida, Director of the Bioengineering and Chronobiology Labs at the University of Vigo, Spain, found that patients who took their medications at bedtime had nearly half the risk (45% reduction) of dying from or suffering heart attacks, myocardial infarction, stroke, heart failure or requiring coronary revascularization compared to patients who took their medications in the morning.

The Hygia Project is composed of a network of 40 primary care centers within the Galician Social Security Health Service in northern Spain. A total of 292 doctors are involved in the project and have been trained in ambulatory blood pressure monitoring, which involves patients wearing a special cuff that records blood pressure at regular intervals throughout the day and night. The Hygia Chronotherapy Trial monitors blood pressure for 48 hours rather than the usual 24 hours.

At inclusion and every clinic visit (at least annually) throughout follow-up, ambulatory blood pressure monitoring was performed for 48 hours. The researchers adjusted their analyses to account for factors that could affect the results, such as age, sex, Type 2 diabetes, kidney disease, and smoking and cholesterol levels.

During the average 6.3 years follow-up, 1,752 patients died from heart or blood vessel problems or experienced myocardial infarction, stroke, heart failure, or coronary revascularization. Individual outcomes showed that the risk of death from heart or blood vessel problems was reduced by 66%, the risk of myocardial infarction was reduced by 44%, coronary revascularization by 40%, heart failure by 42%, and stroke by 49%.

According to Hermida, the results of this study show that patients who routinely take their anti-hypertensive medication at bedtime, as opposed to when they wake up, have better-controlled blood pressure and a significantly decreased risk of death or illness from heart and blood vessel problems.