Study report: Children and the coronavirus 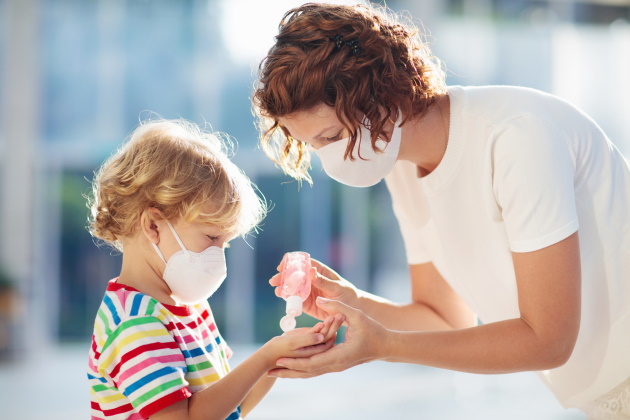 Since the start of the pandemic, researchers have been puzzled at how children have been spared by the same rate of infection from severe acute respiratory syndrome coronavirus 2 (SARS-CoV-2) as adults. In fact, when the first cases of the coronavirus disease (COVID-19) were reported in Wuhan, China, children were barely infected at all. With time, researchers reported that although children could, in fact, contract the virus, they were much less likely to develop a severe infection. At that time, the importance of children in transmitting the virus was uncertain.

According to the Centers for Disease Control and Prevention (CDC) most children with COVID-19 have mild or no symptoms, but some children can get severely ill from COVID-19 and require hospitalization, intensive care, or a ventilator to help them breathe. (In rare cases, they might die.)

Although reports of children sick with COVID-19 are fewer than those of adults, the back-to-school season has been concerning for parents. Now, instead of celebrating a quiet home or buying school supplies, parents are concerned about the safety of any classroom attendance at all, even if only part-time. And, of course, if children are back at school, there is the looming question of whether they will bring the virus home.

In fact, new evidence shows that children carry high levels of the SARS-CoV-2 virus even without falling ill, which may impact the spread of the virus to others, especially those who are at high risk of developing severe COVID-19. One study, out of Northwestern University Feinberg School of Medicine, found that young children carry far more of the coronavirus than adults.

The study, conducted between March 23 and April 27, was led by Taylor Heald-Sargent of the Ann & Robert H. Lurie Children's Hospital in Chicago. The patients (N=145) were separated into three groups according to their ages (48 adults, aged 18 to 65; 51 children aged 5 to 17 years; and 46 children under 5 years old).

The investigators carried out nasal swab tests on patients who showed an onset of mild to moderate symptoms of COVID-19 within one week. By the end, the researchers found that young children have equivalent or more viral nucleic acid in their upper respiratory tracts compared with older children and adults. The researchers also noted the differences of the material found in the tests revealed a 10-fold to 100-fold greater amount of SARS-CoV-2 in the upper respiratory tract of young children.

In children, symptoms of COVID-19 may include fever, rash, reddish eyes, swollen lymph nodes and sharp abdominal pain. However, symptoms do not usually include the two common hallmarks of Covid-19 — cough and shortness of breath. The syndrome can bear some resemblance to a rare childhood illness called Kawasaki disease, but as doctors learn more, they are emphasizing that the two conditions are not the same.

The findings of this study contradict previous beliefs that children did not play a major role in transmitting the coronavirus and reveal the importance of understanding transmission potential in children, especially as schools have reopened. Behavioral habits of young children and close quarters in school and day care settings raise concern for SARS-CoV-2 amplification in this population as public health restrictions are eased or lifted.