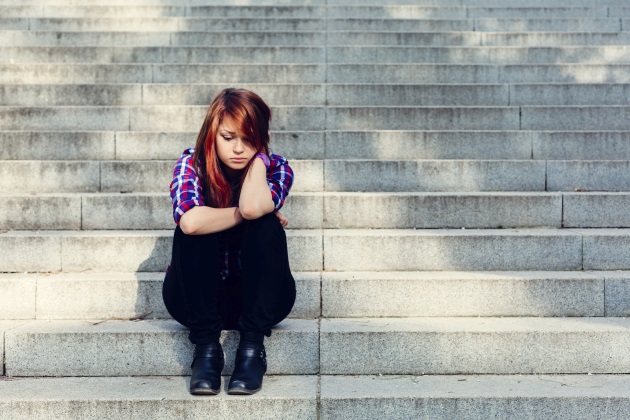 Depression is one of the most common mental disorders in the U.S. More than 1 out of 20 Americans 12 years of age and older reported depression in 2005-2006.

In 2016, an estimated 10.3 million U.S. adults aged 18 or older had at least one major depressive episode with severe impairment. Current research suggests that depression is caused by a combination of genetic, biological, environmental, and psychological factors.

Many treatment options are available for depression, but how well treatment works depends on the type of depression and its severity. Antidepressants take time — usually 2 to 4 weeks — to work, and often, symptoms such as sleep, appetite, and concentration problems improve before mood lifts.

However, despite advances in understanding the psychopharmacology and biomarkers of major depression and the introduction of several novel classes of antidepressants, only 60 to 70 percent of patients with depression respond to antidepressant therapy.

Psychiatrists and general practitioners are increasingly combining mirtazapine with a selective serotonin reuptake inhibitor (SSRI) for patients whose depression does not respond to a single antidepressant.

A large clinical study led by researchers at the Universities of Bristol, Exeter, Keele, Manchester and Hull York Medical School evaluated the effectiveness of adding mirtazapine to an SSRI or a serotonin-noradrenaline reuptake inhibitor (SNRI) antidepressant for patients who remain depressed after at least 6 weeks of conventional (SSRI or SNRI) antidepressant treatment.

This study included 480 adults aged 18 or more years who scored 14 or more on the Beck depression inventory, second revision, fulfilled ICD-10 (international classification of diseases, 10th revision) criteria for depression, and had used an SSRI or SNRI for at least six weeks but were still depressed; 241 were randomized to mirtazapine and 239 to placebo, both given in addition to usual SSRI or SNRI treatment.

Participants were stratified by center and minimized by baseline Beck depression inventory score, sex, and current psychological therapy. They were followed up at 12, 24, and 52 weeks. 431 (89.8 percent) were included in the (primary) 12-week follow-up SNRI antidepressant treatment.

At 12 weeks just under 40 percent of patients had responded to treatment as measured by a halving of the severity of their depressive symptoms; there was a small difference in favor of the mirtazapine group, but it was not clinically important, and the study could not rule out the possibility of "no effect." Outcomes at the later time points showed even smaller differences between the groups with no evidence of worthwhile benefit over the longer term.

According to Dr. David Kessler from the Centres for Academic Mental Health and Academic Primary Care at the University of Bristol, half of patients in primary care who take antidepressants remain depressed despite sticking to their treatment, yet there is little evidence about how to treat those for whom the drugs don't work. He recommends that practitioners think very carefully before adding mirtazapine as a second antidepressant in this group of patients and consider alternatives such as cognitive behavioral therapy.