Study provides new insight into the decline of older brains 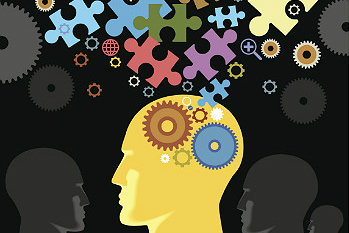 Although there have been many reports over the last 100 years of age-related differences in cognitive functioning, there is still considerable controversy about the age at which cognitive decline begins.

Although age is the primary risk factor for cognitive impairment, other risk factors include family history, education level, brain injury, exposure to pesticides or toxins, physical inactivity, and chronic conditions such as Parkinson’s disease, heart disease and stroke, and diabetes.

As people age, their ability to perform tasks may be impaired not just because they can’t remember but because they are unable to suppress other memories that are irrelevant. A recent study showed that some older adults who had no noticeable cognitive problems had a more difficult time separating irrelevant information from what they needed to do than younger people.

According to Susan Courtney, a cognitive neuroscientist at Johns Hopkins, some memory problems are more a matter of retrieving the correct information at the right time to solve the problem at hand rather than a matter of specific memory.

The researchers gave a mental arithmetic task to 34 young adults (18 to 30 years of age) and 34 older adults (65 to 85 years). Brain activity was measured through magnetic resonance imaging (MRI). The task compared the participants’ ability to inhibit irrelevant information automatically retrieved from long-term memory.

They were asked to indicate whether a proposed solution to an addition or multiplication problem was correct. The math examples would create interference as participants considered the right answer because although they should answer "incorrect," the proposed solution seems correct at first glance, based on long-term memories of basic math (ie.8x4=12 or 8+4=32).

Such interference did not occur if participants were asked to answer false equations like 8x4=22. To make the task even more difficult, researchers asked the participants to switch to multiplication after they saw the addition symbol and vice versa.

Also, older adults were a little slower at answering the questions than younger participants, especially when there was interference. However, in the brain scans of older adults, those who had more difficulty with interference also had more frontal brain activation than young adults.

Despite functioning memories, researchers saw other differences. During the complicated and tricky parts of the task, those with the strongest brain fiber connections counterintuitively performed even better as if challenging the mind made the most agile minds even more so. According to Courtney, without good connections between brain networks, there will be interference.