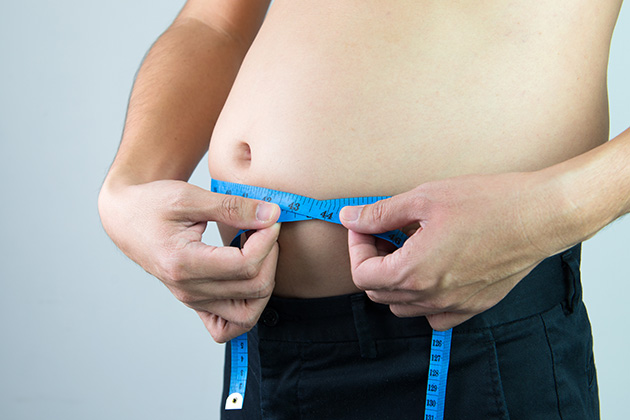 Obesity is defined as having an excessive amount of body fat — not as weighing too much. A patient can have a normal weight, but if their body fat percentage is high enough, he or she may be considered obese.

According to data from the National Health and Nutrition Examination Survey, between 2013 and 2014, more than 1 in 3 adults were considered overweight.

Between 2015 and 2016, the prevalence of obesity was 39.8%, affecting about 93.3 million of adults in the United States. Obesity affects some groups more than others.

Aside from any cosmetic concerns, obesity increases the risk of health issues such as heart disease, diabetes, high blood pressure, abnormal cholesterol and metabolic syndrome, all of which can be addressed with bariatric surgery options, including gastric band, gastric bypass and gastric sleeve. However, these procedures can cause complications (abdominal pain, chronic nausea, vomiting and debilitating low blood sugar levels).

The findings of a new small study found that a hormone injection helped reduce body weight and glucose levels in patients with diabetes and obesity in four weeks. Previous research by Imperial College London suggested that one of the reasons gastric bypass surgery works so well is because three specific hormones originating from the bowels are released in higher levels.

This hormone combination, GOP, reduces appetite, causes weight loss, and improves the body's ability to use the sugar absorbed from eating. The researchers wanted to document whether infusing patients with the GOP hormones glucagon-like peptide-1 (GLP-1), oxyntomodulin and peptide, to mimic the high levels seen after surgery, could aid weight loss and reduce high glucose levels.

Patients on the GOP treatment lost an average of 4.4 kilograms, compared with 2.5kg for those receiving a saline placebo. However, patients who received bariatric surgery or who followed a very low-calorie diet lost significantly more weight than GOP patients. The changes in weight were 10.3kg for bariatric patient and 8.3kg for patients who followed a low-calorie diet.

According to Professor Tricia Tan, Professor of Practice (Metabolic Medicine & Endocrinology) at Imperial College London and lead author of the study, although the weight loss was smaller, using the GOP infusion would be preferable because there are fewer side effects than bariatric surgery. This study suggests that it is possible to realize some of the benefits of a gastric bypass without undergoing surgery.