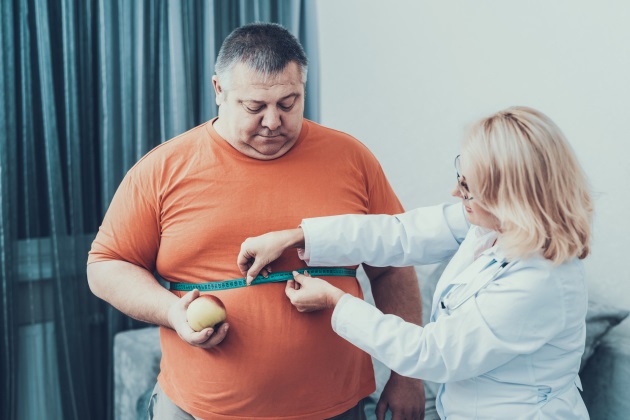 As with the general population, obesity in the number of people with end-stage renal disease (ESRD) is increasing. Because they are less likely to receive a kidney transplant, many obese patients with ESRD are opting for bariatric surgery to increase their chances of undergoing the lifesaving procedure.

Despite the potential for improving the health status of people with ESRD, also known as end-stage kidney disease (ESKD), there is very little information about the national bariatric surgery practice patterns in patients with end-stage renal disease.

The results of a new study published in the Clinical Journal of the American Society of Nephrology shows that obese patients with ESRD are increasingly choosing bariatric surgery prior to kidney transplant.

In fact, the researchers found a ninefold increase in the number of patients with ESRD undergoing bariatric surgery from 2006 to 2016. Using the MedPAR Medicare claims database, Seth Waits, M.D., and Kyle Sheetz, M.D., MSc, of the University of Michigan in Ann Arbor, and colleagues looked at data from 2,698 bariatric surgery recipients and 201,104 patients without ESRD between 2006 and 2016.

The results also suggest that laparoscopic sleeve gastrectomy has surpassed Roux-en-Y gastric bypass as the bariatric surgical procedure of choice in those with ESRD.

The switch to sleeve gastrectomy among ESRD patients

Medicare data shows that the number of sleeve gastrectomy procedures increased from less than 1% of procedures in 2006 to 84% in 2016.

“This study shows that contemporary trends shifted towards laparoscopic sleeve gastrectomy for patients with kidney failure, likely due to the lower risk of complications and shorter hospital stays,” said Dr. Sheetz in a news release from the American Society of Nephrology.

“Higher body mass index can limit access to kidney transplantation, and weight loss achieved from bariatric surgery might improve a patient’s likelihood of transplantation,” said Kevin F. Erickson, M.D., MS, and Sankar D. Navaneethan, M.D., of Baylor College of Medicine in Houston in an accompanying editorial. The authors of the editorial recommended “cautious optimism,” though, as previous comparisons of health outcomes between bariatric surgery patients with and without ESRD have provided conflicting.

The authors of the editorial discussed several unanswered questions regarding the long-term safety of bariatric surgery in patients with ESRD. They urged clinicians to adjust medication doses as needed and to monitor post-operative patients closely for electrolyte and nutritional disorders.