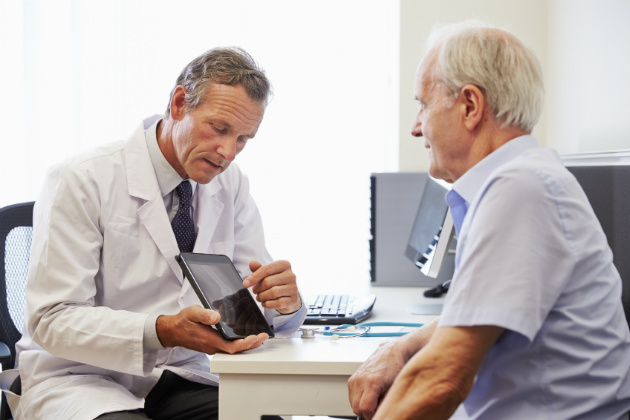 The manner in which the eyes scan during a reading-related task may be an indicator of Alzheimer's disease. This was demonstrated in a recent study in the Alzheimer's Disease and Associated Disorders Journal using a test called the King-Devick.

The King-Devick Test was initially developed as tool to help determine reading problems in children related to how the eyes scanned the page. It was a flip book with a series of reading cards that tested horizontal saccadic eye movement that was comparable to a reading pattern.

The test later was recognized as having application for diffuse brain injury, such as concussion, and is available in a tablet application. It has been used widely in sports to help determine a pull from play. More recently, a study found the test beneficial to determine function and ability to return to work or battlefield when there is a mild traumatic brain injury in military fighters.

The group studying the test in Alzheimer's disease evaluated 135 healthy adults, 39 with mild cognitive impairment and 32 with Alzheimer's disease. They found the test distinguished between the groups with pathology and the healthy adults. The time differences were small — 48 seconds for the controls and 52 for the groups with pathology — but significant.

The King-Devick Test has also been found to be helpful in assessing function in other neurological diseases such as Parkinson's disease and hypoxia.

However, after ruling out other causes such as age-related cataracts, retinal disease and uncorrected distance or near refractive errors, a test such as King-Devick certainly can be useful in demonstrating factors associated with early dementia, such as poor reading function.

A better understanding of the functional deficits related to Alzheimer's disease allows for better comprehensive care.