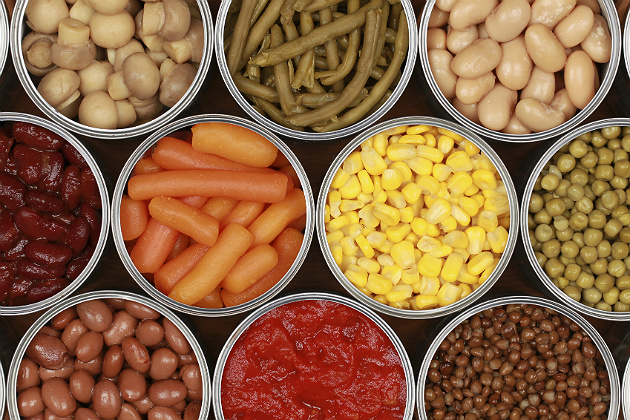 For many of us, canned foods have been a blessing. They making eating in on weeknights easier as we can quickly throw together a meal with minimal fuss or work. But a new study published in Environmental Research might make us think twice about using cans anymore.

Using data from the National Health and Nutrition Examination Survey, researchers revealed that use of canned food exposes our bodies to too much Bisphenol A (BPA). For more than four decades now, scientists have been studying how much of this chemical is getting into our systems and affecting our health. This study gives us a clear indication of what to avoid in the future.

The research goes into critical detail about BPA, which is used in a wide range of consumer products to prevent metal corrosion and breakages so the food inside can be preserved well. The study was conducted between 2003 and 2008 in the U.S. and included 7,669 people above the age of 6.

The results showed people who regularly used canned food had 24-54 percent higher BPA concentrations in their urine compared to those who had none. While canned beverages did not lead to elevated urinary BPA concentrations, canned foods like soup, pasta, fruits and vegetables were definitely associated with higher BPA.

Canned soup is one of the most widely used items in the world. We have relied on them for days when we are rushed and when we are feeling down. In future, we may have to think twice.

This is because soup has higher amounts of fat and, with BPA being lipophilic, absorption is easier. Not just that, soup also needs to be heated up before consumption, which makes it easier for the chemical composition of the lining to get mixed in with the food.

As more light was shed on the harmful effects of BPA over the years, its usage was banned from the manufacturing of baby bottles and sippy cups in the United States. Since our diet is one of the primary ways we are exposed to BPA, choosing unpackaged foods and fresh foods whenever possible will go a long way to lessen health risks.

Though not all BPA exposure comes from canned goods, reducing intake will help control the overall risk. The Environmental Protection Agency has stated the daily BPA exposure should not exceed 50 micrograms per kilograms of one's body weight. The Food and Drug Administration continues to monitor and study this exposure and has deemed that current authorized uses of BPA in most food packaging are safe.