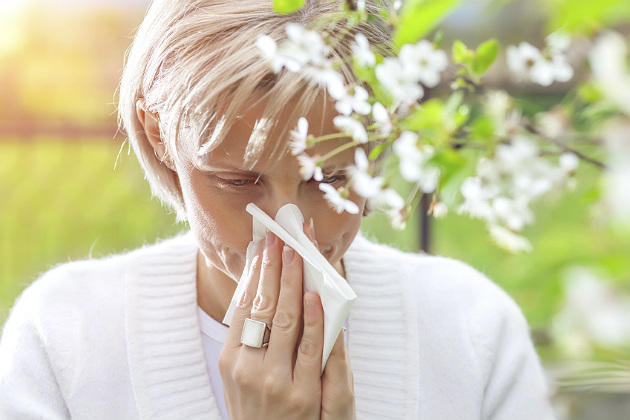 Allergy season is upon us, and while the use of seasonal allergy products may provide immediate relief, they may also come with long-term consequences. The very medications to stem the tickle in your nose are potentially doing damage to your brain. That's certainly nothing to sneeze at.

The category of allergy medications placing people at risk are anticholinergic medications. These include common over-the-counter drugs such as the antihistamine diphenhydramine (Benadryl).

But this study was the first of its kind to investigate the use of such medications using advanced imaging techniques. Risacher's research has long focused on the use of brain imaging to facilitate the detection and diagnosis of dementias.

The participants' test scores and brain imaging were evaluated to determine the relationships to the cholinergic-related medication category. The researchers found the 60 cholinergic-related medication users showed significant reductions in the cognitive testing scores. Further, there was an overall reduced cortical volume, a reduced temporal lobe thickness and larger ventricle volumes than were identified in the group not using the medications.

"These findings might give us clues to the biological basis for the cognitive problems associated with anticholinergic drugs, but additional studies are needed if we are to truly understand the mechanisms involved," Risacher said.

Each year, Americans spend over $4.5 million treating the symptoms of allergies, with some over-the-counter medications costing more than $80 per month. Some medications have a worse impact on cognition than others, depending on the dose and type of anticholinergics within the formula.

Among those containing and classified as having medium or high activity and containing diphenhydramine were: Benadryl, Sominex, Diphenhist, Wal-Dryl, Hydramine, Tylenol PM, Advil PM and Aleve PM. It is estimated that Alzheimer's disease will cost $236 billion in 2016. In this case, not spending any pennies to stifle sneezes may save millions of dollars as well as a generation of brains.

"Given all the research evidence, physicians might want to consider alternatives to anticholinergic medications if available when working with their older patients," Risacher said.