Study: 3 in 10 toddlers spending less than 3 hours outside per week 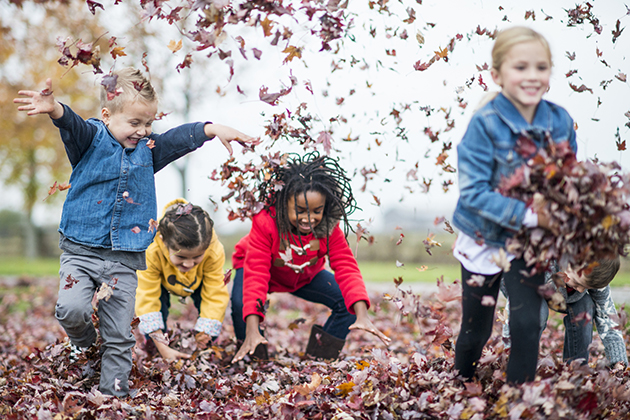 A recent study by Kiddi Caru asked U.K. parents about the amount of outdoor time their child gets, weather permitting. 31% said they get three hours or less weekly outdoor time, in spite of 100% of respondents agreeing that outdoor time is crucial to a child’s development.

This is surprisingly little, considering the same percentage (31%) get two to three hours of screen time per day, with 11% getting over four hours daily. According to the NHS physical activity guidelines for under 5s, toddlers should be physically active for at least three hours per day. And although this includes indoor play, it can be assumed that, for some, indoor time is being monopolized by screens.

When given a list of outdoor activities, it was revealed 44% of toddlers have never held a bug, 36% haven’t collected sticks, 35% have yet to dig in mud and 30% haven’t fed ducks.

These figures could suggest the next generation are at risk of losing touch with nature and wildlife, which is concerning in a time where conservation and being environmentally conscious is crucial.

Is Screen Time To Blame?

New guidelines from the World Health Organization has revealed that children under 5 should not get very much exposure to screens and those under 1 should have none at all. The data from Kiddi Caru revealed this is not the case.

Despite 93% of U.K. parents believing toddlers and young children are spending too much time on screens, 60% of children in this age group having access to their own tablet and 29% of parents not setting screen time limits.

The majority of parents asked introduced their children to screens at the age of 2, but 57% of parents with multiple children admitted to introducing their younger children to them earlier than their first. Fiona Blackwell, quality care and education director at Kiddi Caru, said, “Being outdoors supports children’s well-being. Often children are calmer and happier and more likely to engage in the learning process. Being outdoors gives the opportunity to ‘burn off’ excess energy, which in turn aids appetite and helps children to sleep better.”

“Vitamin D is essential for healthy bones and children do not benefit just during the summer months but in the winter during day light hours, meaning there is every reason to get outdoors in whatever weather. After all there is no such thing as bad weather just inappropriate clothing.”

More from Fiona Blackwell, quality care and education director at Kiddi Caru, about the benefits of outdoor play for toddlers:

“Spending quality time outdoors helps small children connect with wildlife and have an appreciation for the environment around them. Children learn the importance of living alongside creatures without the need to squish them or tease them, they learn the value of wild flowers and the reasons for not trampling through them. When taught the importance of taking away litter with them after a picnic and the risk that rubbish poses to wildlife, good habits are formed which supports our environment and allows everyone to enjoy the outdoors.

Children naturally engage in play, where the imagination is used to try out situations and possibilities. A crate can become a car, sticks become swords, leaves and stones become food; natural resources in the outdoors can provide no end of tools to aid imaginative play without the need for commercial toys and equipment. When allowed to use their own imagination children are able to work alone and alongside others which aids their attention span, encourages problem solving and supports social skills. This is especially important when children are playing in new environments where they may come across new friends.

Children will quickly connect with each other in their creative quest to build a den or make mud pies. Being outdoors can be a positive learning experience and will not only aid physical, social and creative development but it will support speech and language development in children who are starting to articulate themselves. Listening walks are great for this, listening to and mimicking birds tweeting, dogs barking, airplanes flying overhead, rustling of leaves in the autumn and so much more are great for emerging speech and language.

Where we live in such a health- and safety-conscious society, it is essential that children are given the opportunity to explore risk whether it is attempting to climb a tree, pond dipping, experimenting with new large play equipment such as slide they have never attempted, all of which gives children the skill of assessing the risk, push their boundaries and conquer their fears, of which more often are their parents (I speak from experience!). Children quickly learn to pick themselves up and try again whether it is negotiating the ‘big slide’ or being pushed to the back of the queue, all of which supports resilience, develops self-confidence and creates independence.”