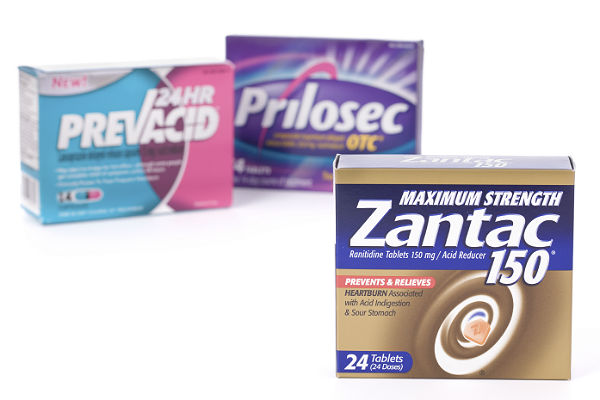 It hasn't been a good year so far for the popular heartburn drugs known as proton pump inhibitors (PPIs). Two recent studies have linked them to potentially dangerous side effects, including chronic kidney disease and dementia.

Available both by prescription and over the counter — and sold under various brand names including Prevacid, Prilosec and Nexium — PPIs work to treat acid reflux by lowering the amount of acid produced in the stomach. In addition, they can be used to treat ulcers and may reduce the risk for esophageal cancer.

The first study, published in January in JAMA Internal Medicine, linked them to increased risk for chronic kidney disease. Johns Hopkins researchers compiled data from 10,482 adults with an average age of 63 and found that those taking proton pump inhibitors were 20 to 50 percent more likely to develop kidney disease than nonusers.

In one of the study's five groups, the risk for kidney disease rose 15 percent among those taking the drug once daily, but 46 percent in those taking it twice a day.

In the second study, published Feb. 15 in JAMA Neurology, German researchers analyzed a total of 73,679 adults ages 75 or older, all of whom were free of dementia at the beginning of the seven-year research period. It found that patients receiving regular PPI medication had a 44 percent increased risk of dementia compared to those not taking the drugs.

While the study did not prove that PPIs cause dementia, it did show a statistical association between the two, said Britta Haenisch, of the German Center for Neurodegenerative Diseases, one of the study's authors. One reason behind the link could be the association between PPI use and vitamin B12 deficiency, which has been known to cause neurological damage. That finding has been reported in previous studies, Haenisch said.

The first generic proton pump inhibitor, omeprazole, was introduced in 2002, and PPIs have since become one of the most frequently prescribed drug classes in the world, according to a 2008 study published in the BMJ. The same study also found that 25 to 70 percent of PPI prescriptions weren't justified for the patient's diagnosis.

Other past studies have also shown that PPIs may reduce the absorption of nutrients, vitamins and minerals, and raise the risk for bone fractures, pneumonia and Clostridium difficile infection.

Kenneth DeVault, a gastroenterologist at the Mayo Clinic and president of the American College of Gastroenterology, recently told National Public Radio that proton pump inhibitors have some positive benefits: "They relieve symptoms better than any other medication that has ever been developed."

The most important "positive effect of proton pump inhibitors is restoration of a quality of life," DeVault said. "This is probably the big one."

While the side effects are cause for concern, Haenisch cautions against patients stopping or reducing the drugs without their doctor's guidance.

"Doctors have to weigh up the benefits against the potential side effects, and future studies in this area will help to make these decisions," she said. "In general, doctors should follow guidelines for PPI medication to avoid inappropriate use."