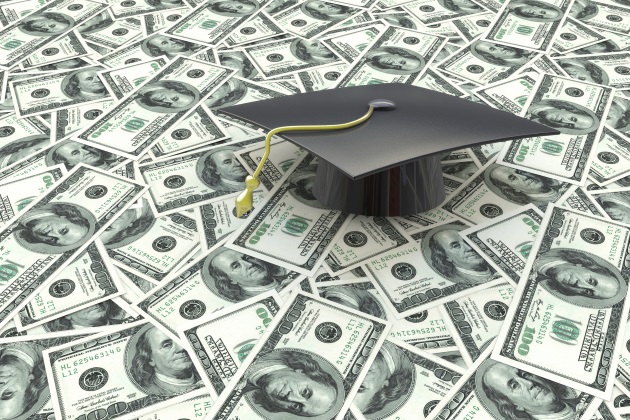 When the Occupy Movement was launched at New York City’s Zuccotti Park in October 2011, higher education student debt relief was a salient demand among a vast range of other issues. Student debt is a complex problem, to be sure. Since Occupy, there have been many debt relief proposals, and now the issue is playing out on the presidential campaign trail.

The biggest issues here are deciding how much to pay off, finding debt relief funding mechanisms, and implementing an existing federal relief rule. The Obama administration passed the Borrower Defense to Repayment rule that allows student debt to be lifted if students’ colleges are suspect. For example, some schools do not pass accreditation and can close midway through a student’s program. Other schools promise almost 100% guaranteed employment with a degree; however, as it turns out, there are no jobs in their chosen field upon graduation.

This rule was a welcome reform for many seeking absolution of college loan debt, which now runs $1.6 trillion in the U.S.

Around 150,000 students have applied for relief since 2015; Betsy DeVos took over the Department of Education (DOE) in 2017 and froze Obama’s rule, spurring a lawsuit from for-profit colleges. A judge ruled on behalf of student debtors, but DeVos’ department neglected to process claims — although ordered to do so.

On June 25, seven people awaiting debt relief started a lawsuit against the DOE. The suit, backed by Harvard Law School’s Project for Predatory Student Lending, aims at getting the DOE to honor its relief processing policy despite the DOE’s clear bias towards for-profit colleges that benefit from predatory loan practices.

The DOE has not processed a claim since at least June 2018.

Plaintiffs want their loan relief honored, as the delay is causing untold stress. As UPI reports, "Its decision to keep these 160,000 students in limbo — some for over four years — has damaged students' credit and limited their access to federal student aid...It has caused significant emotional distress, associated physical harm and a loss of wealth and opportunity that students will never recover."

Progressive Democrats offer various debt solutions. Elizabeth Warren wants to eradicate upwards of $640 billion of all outstanding student debt. Each loan recipient would get back $50,000 under her plan. She also wants to provide federally funded free public university undergraduate education, which is a good political move, too, when you consider the numbers.

There are currently 44 million student debtors, and 45% of these loans are used at public institutions. 40% of these loans will see a default. How’s that for a vocal political base to draw from?

Fellow presidential contender Sen. Bernie Sanders, D-Vt., takes the student debt crisis even further by proposing a debt relief tax scheme: “The plan would cost $2.2 trillion and be paid for by a .5% tax on stock trades, a .1% tax on bond transactions, and a .0005% tax on dividends. Given that 80% of all stock is owned by 10% of the American population, this amounts to a tax on the rich through Wall Street.”

This would relieve the debt of both wealthy and low-income students, which makes some people unhappy. Occupy’s original spirit of demanding massive wealth redistribution principles are reflected in Sanders’ “tax the rich” debt funding idea.

Wall Street is the issue that brought so many out into Occupy’s streets. That was eight years ago, and there’s been great progress for an issue affecting so many people.

Astra Taylor argues for debt abolition in a recent article in The Guardian: “Indeed, student debt abolition and free college would be a win-win for the entire country. Not only would debtors get relief, academic research shows it would be a significant stimulus that might ‘supercharge’ the economy and help address the racial wealth gap. Money currently used to pay back loans with interest would be redirected to other goods and services.”

Free or reduced college and the opportunity to have faulty debt expunged are no small potatoes. These reforms would radically alter U.S. education culture and open opportunities up at a time when they are closing for many.

Exactly who will pay for all this is an ongoing political hot potato to be addressed in upcoming months.