Stronger US-Canada relations and their effect on trade, travel 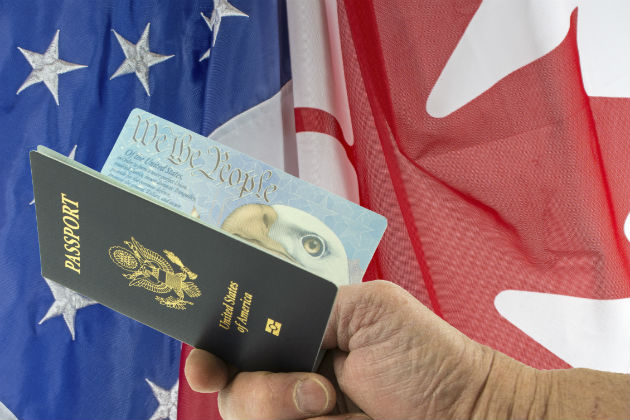 Last week, Canadian Prime Minister Justin Trudeau met with U.S. President Barack Obama to address the barriers that have arisen for tourists and businesses wishing to cross the U.S.-Canada border. During a March 10 televised news conference, the two world leaders outlined ways travel and trade could be both eased and encouraged in the near future, whether by land, rail or air.

Events earlier this year proved just how tenuous travelers' freedom to cross the U.S.-Canada border can be.

On Jan. 1, the Federal Aviation Administration posted a NOTAM that addressed border security regulations by requiring waivers for foreign aircraft flying over U.S. airspace. The issue for Canadian pilots was that the NOTAM required waivers for aircraft whose flight path took them from one Canadian airport over U.S. airspace to another Canadian airport. The irregular border between the two nations offers many Canadian pilots the opportunity to take such shortcuts between ports.

Blindsided by the FAA's regulatory change, many Canadian and U.S. pilot groups protested, ultimately leading to the agency clarifying the NOTAM with an amendment once again allowing pilots the freedom to take shortcuts over U.S. airspace.

According to Canadian Owners and Pilots Association President Bernard Gervais, "This event was apparently an oversight, a mistake and unfortunately normal protocol between TSA/FAA and our Transport Canada Civil Aviation Security was skipped or forgotten."

It is this type of unfortunate lapse in communication Obama and Trudeau hope to avoid with better cooperative relations between the two nations.

Passenger air travel will also be addressed as it was also announced during the news conference that the two countries will continue with customs preclearance initiatives.

At the moment, passengers flying to U.S. destinations through eight major Canadian airports can be cleared there by U.S. Customs and Border Protection officers. The previously outlined terms of the preclearance arrangements would heighten the American customs presence in Canada, while Canada establishes similar operations in the U.S.

Preclearance will be expanded to Billy Bishop Toronto City Airport and Quebec City's Jean Lesage International Airport. The hope is these initiatives will help with travel delays and make border processing easier for low-risk travelers.

Preclearance initiatives will also be expanded to rail corridor between Vancouver and Seattle, as well as a rail corridor south from Montreal and at airports in Quebec City and Toronto.

In an interview with Business Vancouver, Steve Sammut, president of the Rocky Mountaineer noted that "preclearance would mean a much smoother guest experience [for our service]. ... We're in the business of providing people with a great experience, so if we could get them precleared, it's just one more step that they would not have to worry about upon their arrival."

The Rocky Mountaineer is a Canadian tour company offering Western Canadian vacation packages. While Rocky Mountaineer uses U.S. customs agents that board their trains to clear riders once they arrive in Seattle, Amtrak stops its Vancouver-to-Seattle trains at the U.S. border. This 10-minute stop allows customs agents to clear guests. With full preclearance, the stop would be eliminated, reducing overall run times and chances for delay.

Another issue affected by tighter U.S.-Canada border relations is land freight and trade. The many highways and byways leading through U.S. and Canada checkpoints will also benefit from preclearance programs.

One example is the preclearance pilot project at the Peace Bridge that connects Ontario, Canada, and Buffalo, New York.

According to an interview with local news outlets in upstate New York, Congressman Brian Higgans noted that "it's the inspection process of cargo going between the United States and Canada. So because the Canadians ... have done more than we have relative to expanding the footprint, there's more room over there. Therefore, U.S. Federal Customs and Border Protection agents can be working on Canadian soil without the constraints that are imposed on them because of the fact that they're in Canada."

Preclearance for the Peace Bridge could encourage efficiency and help traffic and freight run more smoothly through the border.

Another idea is to have preinspections at manufacturing facilities in Canada. This will ensure that trucks and trains are not delayed at border crossings. "We have work to do on that issue. I am encouraged from what I hear from my counterparts across the border," said Canada's Public Safety Minister Ralph Goodale.

In 2011, Obama and then Prime Minister Stephen Harper announced a U.S.-Canada joint declaration called "Beyond the Border." According to the Homeland Security website, the declaration and related policies was enacted to "address threats within, at, and away from [the U.S.-Canada] borders, while expediting lawful trade and travel."

Obama and Trudeau are expected to revisit "Beyond the Border" in their efforts to loosen barriers to trade and travel that have been exasperated in recent years. According to the Globe and Mail, the Canada-U.S. border has become bogged down by security measures since the 9/11 terror attacks. In 2000, 90 million cars and 7.1 million trucks crossed the border compared with 59.6 million cars and 5.8 million trucks in 2014.