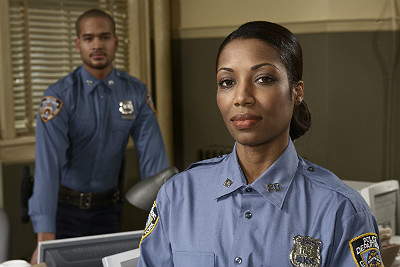 Women in traditionally male roles — military, law enforcement, firefighting — have all faced some gender-related hurdles to success. In some cases, it was fighting for the basic right to just be in the role, doing the job. Once in the role, they had to constantly prove why and how it was OK to be there.

But now that we have gotten in the door and gotten our colleagues and leaders used to seeing us there, we have another obstacle to overcome. This time, it's with us.

Most women I have seen rise successfully in their roles carry with them certain assumptions. For example, their gender, sexuality and the standard rules of the game play a role in their success that is outside the role their competence, education or skills play.

With that, they have developed compensating tools to cope, manage, succeed and even thrive within their environments. But just like a sexual harassment case is rarely a clear quid pro quo, the challenges that we face as we continue to succeed become more nuanced. How we process criticism is one of those illusive challenges.

Tara Mohr, author of the new book "Playing Big: Find Your Voice, Your Mission, Your Message," focuses on the changes women face getting and processing criticism in the workplace in her recent OpEd for The New York Times. In it, Mohr talks about our ability to respond to feedback, both positive and negative as "a necessary rite of passage."

She illustrates how our culture and upbringing can create underlying, pervasive issues in our feedback loop. Those issues often result in greater, more tangible issues like how we are praised and criticized as well as how we then process that feedback.

Awareness and acknowledgement of the issue at all levels is a great first step. As difficult as it is, starting with reflecting on your own views of criticism is critical. How do you respond to praise? Do you take it personally? Does it validate your work? Or you?

And conversely, what kind of negative criticism do you receive? And what do you do with that? On the flip side, how do you provide feedback to women? What areas do you focus on? How does that compare with the way you give feedback to men?

Understanding a little bit more about how you give and process feedback will help you understand the areas in which you can alter your approach to one that is more constructive. Like with most things, it's often easier to do this by following the example of someone who exhibits the traits you want.

For many of us, there may not be that many women in leadership roles to which we can look for an example. In such cases, look externally to free resources like these TED Talks or this upcoming online conference, Emerging Women, for a variety of examples