Strategies for student success and retention 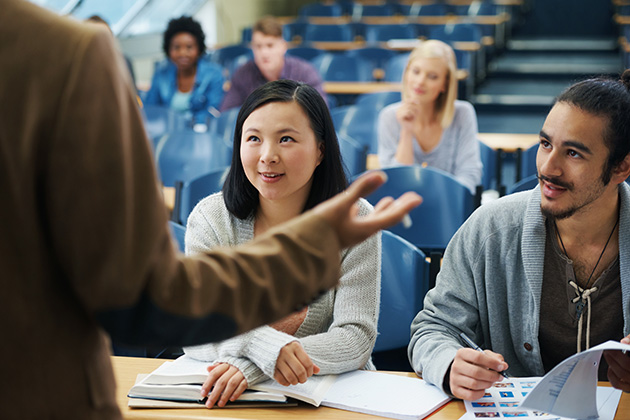 As I've written previously, the concern among those serving international students is shifting from recruiting to retention. Student retention is especially critical at the college level, because there are many programs from which students can choose.

Students who are not successful may move on to different programs for a variety of reasons. But there are steps that a program can take to encourage students to stay:

Early academic advising is a factor in international student success and retention. Most ESL students are inexperienced and need help adapting to the American educational system and life in the U.S.

Things that we take for granted — traffic laws, for example — are often different in the students' home countries and can cause problems when students get too many tickets and risk losing their licenses or miss important classes because of court dates.

Another problem is housing. Advisors need to let students know of the housing options available and, if possible, match students with compatible roommates. Advisors can also see if some students would benefit from having a part-time job on campus, which would make the student feel more a part of the institution.

Students vary in their language acquisition ability; better learners or "experts" use more systematic problem-solving and comprehension strategies. The instructor needs to be aware of some of these techniques and encourage their conscious use by second language learners. Learners assimilate the new material into their "data bank" as it were; they should become active participants in the process:

"These findings show that all learning — especially language learning — requires learners to actively assimilate new information into their own existing mental structures, thus creating increasingly rich and complex structures," according to Martha Nyikos and Rebecca Oxford.

Good learners review former lessons to reinforce vocabulary, structures and semantic/cultural topics. At the same time, they preview coming lessons both in the book and on audio supplements, if available, so the new material will be somewhat familiar by the time the class begins to study it.

They practice skimming and scanning, looking for meaning clues in context, and they are not afraid to guess if necessary. They learn new words in semantic groups and try to form associations between words and use memory hooks.

Successful learners take notes, writing down key words; they also are willing to record classes for later playback or do extra listening in the lab. They gain further "comprehensible input" by engaging the teacher in additional conversation whenever possible and by trying to read books and magazines outside of class and attend events where they must use English.

YouTube can also be used to provide authentic language. For example, in one ESL class I taught, Japanese students watched a video in English about making traditional Japanese food. The students then proceeded to teach English native speakers how to prepare the dish using the newly acquired vocabulary and structures, and they learned how to explain a process.

Flash cards with new words and phrases are also used by successful students as a way of self-testing. An extension of this idea is for the learners to post sayings, poems or proverbs around the house to constantly keep the language in mind.

Culture can be a deciding factor in whether students stay or leave to go back home. Linguistic competence and cultural competence are bound together.

ESL program managers need to encourage learners to be actively engaged in the new culture and need to see how it is different from their own.

"The learner is not simply situated in one culture and observing another; the learner is an intercultural participant, interpreter and mediator," Angela Scarino writes.

Learning languages enables people to develop their identities and allows them to be involved in multiple cultures. Speaking several languages has made people feel empowered and given them choices and perspectives.

"What appears very clearly in this research is how, in addition to identities connected to the different languages they speak, multilinguals can also develop an identity that transcends those that are language-specific," Alastair Henry writes.

Here are some hints from a Vietnamese student studying in the U.S. who wrote about her experience in U.S. News and World Report:

"The quickest way for people to bond is through activities. Embrace what you enjoy doing. Most colleges have plenty of clubs and organizations that always welcome new members or volunteers. Keep your eye out for posters and flyers around campus, and ask your friends about their extracurricular activities. At least one of those is bound to interest you. Learn how colleges foster international student engagement. If you really can't find anything that you want to do, break out of your comfort zone and just try something new!"

Students need to belong to something. Social integration through membership in organizations, integration into the community and fulfilling of needs, both academic and emotional, all help in the process.

According to The Washington Post, Oxford University researcher Robin Dunbar studied the social ties, an important factor for those traveling to a new county leaving their former bonds behind: "He proved that each human is surprisingly consistent in the number of social ties we can maintain, about five with intimate friends, 50 with good friends, 150 with friends and 1,500 we could recognize by name."

He also found that laughter, singing and religious ties were important in forming connections with other people. Sheltered clubs such as an "ESL Conversation Club" or collegewide clubs allow student interaction outside the classroom and more exposure to language through authentic activities.

New students may feel isolated, especially if no one else from their country is in the program or school. Participation in extracurricular activities helps with the bonding process and gives the students a break from the stress of functioning in a new language.

"Someone with a high tolerance of ambiguity finds unfamiliar situations exciting, rather than frightening," Thompson continued. "My research on motivation,anxiety and beliefs indicates that language learning improves people’s tolerance of ambiguity, especially when more than one foreign language is involved."

ESL students become less anxious in social situations. They have better attitudes and don't mind taking risks such as joining activities with native speakers or taking a challenging class at their university.

Being in a class of motivated students is also a factor in student success, according to Miyuki Sasaki, Yoko Kozaki and Steven J. Ross: "In their first year of university, which is a transitional year from high school, the influence of classmates may be stronger than their individual attitudes or beliefs."

Music is also useful for ESL instructors. A student from Kyrgyzstan was isolated and spoke only to his teachers. He knew how to play classical guitar, though, so the teachers encouraged him to perform at the school's talent show.

"On the stage, he played 'Yesterday' and 'I Love Her' by the Beatles, his favorite group. When he was done, the students erupted into applause. 'That was a very happy moment for me and I finally felt connected to the school,'" writes Mary Beth Faller in The Republic.

The student went on to excel academically and became involved in sports and other school activities, including becoming president of the school chapter of the National Honor Society.

Music unifies the students, who are from diverse backgrounds and language groups. Choir is a great learning experience and provides language practice in a natural setting.

"Caleb Rose, a 15-year-old sophomore, wasn’t planning on joining the choir," writes Dianne Solis of The Dallas Morning News. "He crooned John Legend tunes to a friend, who tattled about his talent to the choir director. Soon Caleb joined the team. 'Getting to sing with other cultures is just great,' he said. 'It's the choir first. This is a team effort.'"

Music is a universal language and provides a unique experience outside of the regular books, labs and writing assignments. Students need to focus on the materials, not just rules. ESL students can benefit from activities such as music where the focus is on the subject at hand rather just the language.