Stopping the spread of hate in schools 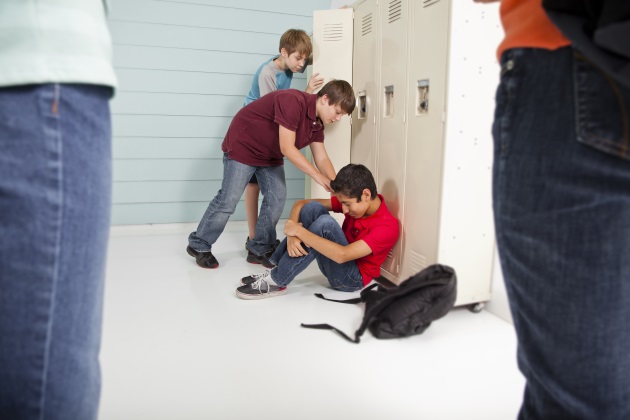 It seems these days that every news broadcast starts with a look at a hate crime happening somewhere in our world. These crimes could be as big as the recent attacks in New Zealand, where dozens were killed in the Christchurch mosque attack, or as small as a hate crime story happening in the town next door.

America’s youth are growing up in an age where they are seeing these instances of hate on a constant basis, and it is our job as educators to help them process, reflect, and take action to turn the tide on this awful trend for their generation.

Late last year, the FBI reported a 25% increase in hate crimes in schools and colleges from 2016 to 2017. The FBI tracks instances of criminal incidents motivated by bias toward race, ethnicity, ancestry, religion, sexual orientation, disability, gender, and gender identity. Of the 7,175 instances of hate reported to the FBI in 2017, 10.5% occurred in schools and colleges.

As an educational community, we must take action to curb this trend, particularly when the hate crimes are happening right in our classrooms, hallways, and school campuses.

In this recent PBS NewsHour article, Courtney Norris discusses how teachers are trying to stop the spread of hate. Instances of hate can start at a very young age and can manifest in very simplistic ways.

Norris provided examples of how hate starts to manifest at the elementary level. One such example was a 10-year-old Muslim student in Massachusetts who discovered death threats in her school cubby. These letters stated, "You’re a terrorist," and "I will kill you."

The letters initiated a hate crime investigation by the school and local authorities, but after four months, neither agency yielded any suspects. Educators, according to Superintendent Robert Tremblay, used the instance as a "teachable moment," by introducing training to help both staff and students.

Norris also reported on a 2017 Department of Justice conference in Massachusetts offered to educators, advocates, and community leaders by the U.S. Attorney’s Office as way to help participants learn and share ideas about preventing and effectively responding to hate speech in the state’s K-12 schools.

Reflecting on the conference, acting U.S. Attorney William D. Weinreb stated, "Preventing and responding to hate speech in our schools is essential to ensuring equal educational opportunities for youth in Massachusetts. All young people have a right to learn in a safe and welcoming environment that fosters respect for diversity and nurtures healthy development."

In an article last summer, Education Week’s Francisco Vara-Orta took an in depth look at the status of hate in America’s schools. Vara-Orta wrote, "Swastikas on bathroom stalls. Chants of 'Build the wall.' Notes that say 'Go back to Mexico.' Education Week found hundreds of reports of hate and bias in schools."

Education Week conducted a review of 472 verified hate accounts in schools from 2015-2017 to find that most incidents targeted black and Latino students, as well as those who are Jewish or Muslim. "The n-word" was one of the most common hate words used in these instances, as well as phrases such as "build the wall" and "go back to [insert foreign country name here, usually Mexico]." Swastikas were the most common hate symbol used by students.

Interestingly, Nov. 9, 2016, (the day after Trump’s election) was the day with the single most instances of hate in K-12 schools of the three-year review period. Vara-Orta went on to analyze several different hate cases in various school settings to bring context to the problem and offer potential solutions.

When school administrators encounter instances of hate in their communities, the best thing they can do is get in front of the problem. Work to identify who was involved if you can. Address the concerns openly and honestly with students, staff, and parents. Make it known that hate will not be tolerated in the school.

Lastly, work with educators to bring in training and develop programs and curriculum to support putting an end to hate in the school. These proactive steps, over time, will start to shift the mindset and culture of the school to one of tolerance and acceptance for all.