Steps to help close the divisions in our society 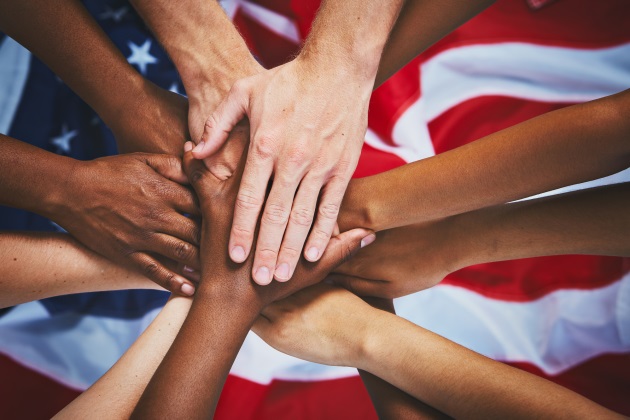 According to Forbes magazine, hate crimes in 30 major cities rose by 9% across the U.S. in 2018. Most of the victims were black, Jewish, LGBT or immigrants. This is serious and not only impacts us in our communities but also in the workplace.

Racist rhetoric is on the rise, along with the perpetuation of stereotypes and bullying based on religion, skin color, ethnicity and sexual orientation.

What impacts the community impacts the workplace. If people are afraid of being verbally or physically attacked outside of work, they can’t be productive at work. If people buy into stereotypes about different groups, they will exclude them and prevent employees from those groups from succeeding.

Imagine coming to work and feeling left out because of who you are; afraid of being attacked; or being the target of jokes about your background, religion, race, etc.

We are becoming more divided, more fearful and afraid to leave the comfort zone of people "like ourselves."

I’m not going to delve into the systemic and historical reasons for the increase in hate in this article. I want to address what we can do as individuals, co-workers and neighbors to make a difference.

I’ve participated in and facilitated dialogues amongst groups of people who were different from each other. I belonged to a Palestinian-Jewish dialogue group where we had a saying, "an enemy is someone whose story you haven’t heard yet."

Often, both Palestinians and Jews came into the groups not knowing what to expect. They had not been exposed to each other and all they knew and believed were the negative stories they had heard from families, governments and the media.

During the first meetings, people expressed fears and beliefs as well as the desire to overcome those fears and think differently about each other. They had to be willing to let go of bias that they had developed about each other through the years and adopt a mindset of curiosity. Lasting friendships and even business relationships developed as we continued to meet.

As I read the news, it seems that in some ways we are a country divided, but I also know we don’t have to be. If you believe that it’s important to live, work and collaborate together, there are actions we can all take.

If you want your organization, community and world to be successful, and prevent or eliminate divisions based on demographic differences, there are actions you can take that will make a big difference.

2. Think back to when you first began to have those beliefs. Where did those beliefs come from? Was it from people who are like you, your parents, friends, neighbors, or depictions in the media?

3. Ask yourself these questions: Is it possible those beliefs may be wrong? What can I do to test those beliefs?

4. Seek out stories about individuals from those groups. As you read or hear their story, change the way you see them. Be open to people different than you as real human beings instead of amorphous groups.

5.Find ways to interact with people who are different than you and imagine seeing the world through their eyes and experiences.

6. Allow yourself to let go of stereotypes, old beliefs and dehumanizing thoughts about people who are different than you.

I know we can all change if we want to stop being afraid and open ourselves to see people in a different way.

A woman shared that after listening to my podcast, "Everyday Conversations on Race," she realized that she had been living with bias, fears and stereotypes about different groups that weren’t true. She had never spoken to a gay person, and she had never had a meaningful conversation with a black person.

When she heard people tell their stories, it made her want to know more and was open to letting for of her beliefs based on no contact and just believing negative stereotypes. I told her she could ask me anything and I would help her understand.

We continue to talk, and I stay willing to answer questions. While before she had believed every negative generalization about LGBT, black and Latinx people, she no longer does, and her curiosity grows.