Steamed up: Bathrooms get romantic 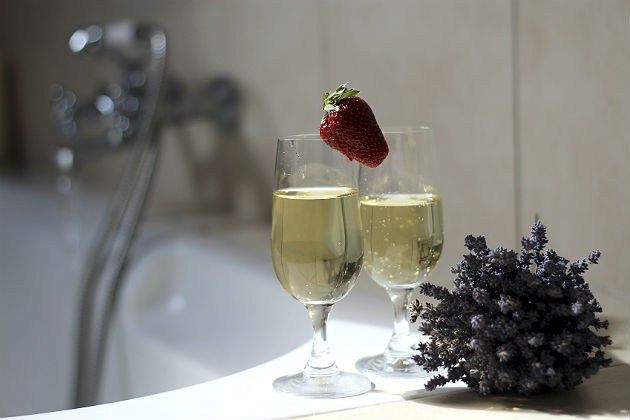 Candlelight, soft music, a bottle of wine, roses. A romantic dinner for two? These days it could just as likely be a romantic bath for two.

For some time now homeowners have been transforming their bathrooms into refuges — a place for privacy, relaxation and reflection. Now there is a growing trend toward turning the bathroom into a romantic hideaway where couples can spend some quality time in luxurious surroundings.

Cozying up in the tub is a time-honored romantic tradition. Nothing new about that. What's changing are the lengths to which couples are going to bring a touch of romance to the bathroom, including elements once deemed more appropriate for the boudoir.

Many design and remodeling websites now feature examples of romantic bathrooms, including Houzz and HGTV. While most might have a few dozen or so, one Pinterest page — appropriately entitled "Crazy About Romantic Bathrooms!" — boasts nearly 3,700 images, everything from full-room designs to fixtures, hardware and lighting.

Along with oversized tubs and Jacuzzis, spa showers and diffused lighting are adding spice to the bathroom. According to the recently released 2015 Houzz Bathroom Remodeling Survey, two-thirds of homeowners who participated are planning to enlarge their shower this year, and 1 in 4 are doing so to install a shower for two.

Other popular upgrades mentioned are chandeliers (15 percent) and pendant lights (12 percent), along with recessed lighting (61 percent) and wall sconces (60 percent). His-and-her sinks (65 percent) are favorites, and a few plan to add a bidet (5 percent). Romantic bathrooms are especially popular with millennials, who are more than twice as likely to say they will add romantic lighting to their bathroom this year, according to survey.

What makes a bathroom romantic? That depends a lot on one's tastes and, perhaps, one's fantasies. Vintage styles — such as Victorian bathrooms with claw-foot tubs and ornate chandeliers, or French imperial with highly wrought sconces and opulent mirrors — with lots of porcelain and ceramic and shiny metal appeal to some. 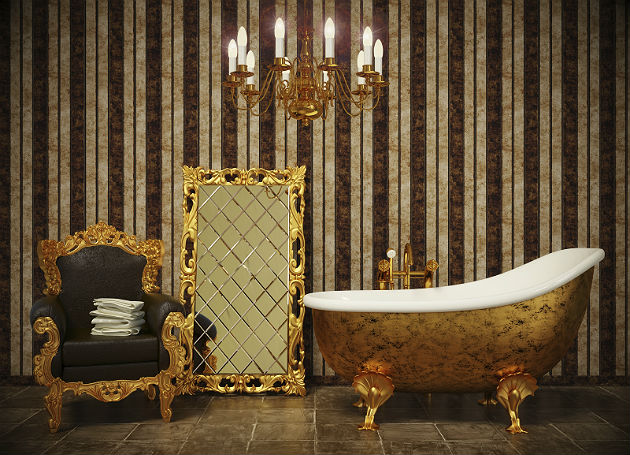 Those with more contemporary sensibilities opt for spacious oversized tubs, usually set in a platform of some kind, preferably with a large picture window that looks out on a dramatic cityscape or soothing natural view. 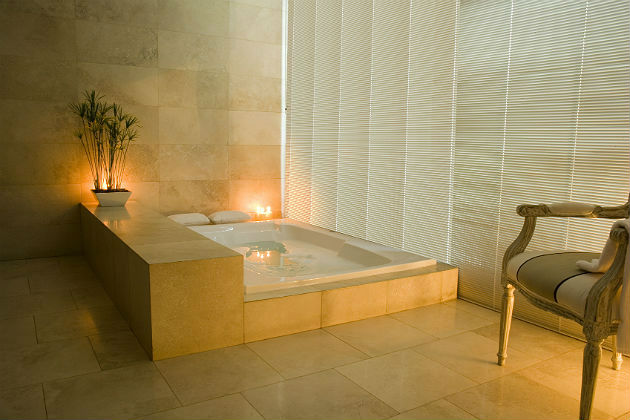 European or Asian style fixtures and natural materials, like wood and stone, add to the relaxing atmosphere. Just add music, candles, a libation of choice, and don't forget the rose petals. 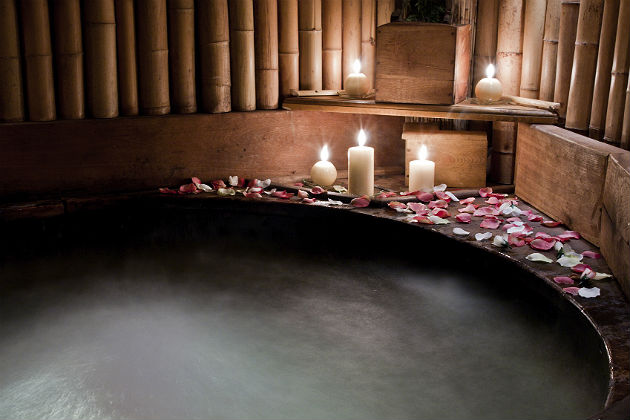 Lighting is a crucial element, as noted above, and variable lighting controls are a must. Soft pale colors help to set the mood, but depending on the style, white on white, black and white, or even metallics like gold or silver may be in order. 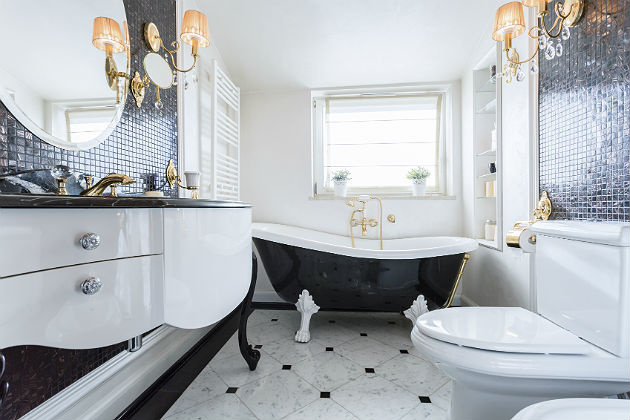 Needless to say, if there is a romantic bathroom, it will be the master bath. In the Houzz survey, those who planned to enlarge the area and/or shower in their master bathroom intended to maintain a regular full bath with a standard tub.