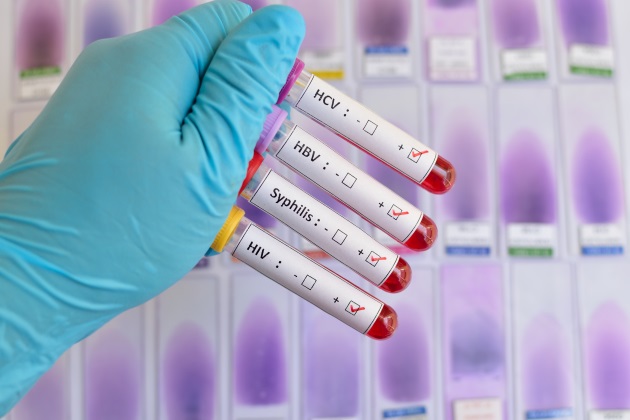 It’s not exactly a topic for dinner-table conversation — but the often-unspoken reality is that sexually transmitted diseases (STDs) are spreading at a frightening rate around the world.

According to the World Health Organization (WHO), which refers to these diseases as sexually transmitted infections (STIs), nearly 1 million of them occur around the world every day. That equates to more than 376 million new cases annually of the four infections the organization tracks — syphilis, gonorrhea, chlamydia and trichomoniasis.

As alarming as these statistics may seem, they would be much worse if they were to include several virus-related STIs, such as hepatitis B virus (HBV), herpes simplex virus type 2 (HSV-2), human immunodeficiency virus (HIV) and human papillomavirus (HPV).

This is hardly a problem specific to poor, developing regions of the world. According to the Centers for Disease Control (CDC), the rate of reported STDs was the highest ever in the United States in 2017 (the latest year for which statistics are available) after climbing for four straight years, a rise the CDC described as “steep and sustained.”

David Harvey, executive director of the National Coalition of STD Directors (NCSD) says, “The United States continues to have the highest STD rates in the industrialized world.”

In its 2018 report, the CDC noted that 2.3 million U.S. cases of syphilis, gonorrhea and chlamydia were diagnosed in 2017, an increase of more than 200,000 cases over the previous year. An additional 2.3 million cases of trichomoniasis, a less serious genital infection caused by a parasite, were recorded, including 222,000 new cases.

There are a number of hypotheses about what is driving the increase in STD infections, some focusing on the lack of personal responsibility. There have been more men having sex without condoms, for example, and young women using IUDs and therefore not seeing a physician regularly. There’s little question as well that hookup apps are making casual sex more anonymous and available.

A far bigger problem is the shortfall in public health spending. In 2017, about 18% of the U.S. gross domestic product ($3.5 trillion) was spent on healthcare, but only 3% of the federal government’s health budget was devoted to public health and prevention.

Funding has been even more abysmal at state and local levels. In 2012 alone, 21 STD clinics were forced to close due to a lack of funding. In 2015, the Illinois Public Health Department stopped providing STD testing for local health departments, suggesting they turn to private labs.

Planned Parenthood administers nearly 5 million tests for sexually transmitted diseases a year, yet the current administration and Congress have been driven to cut the organization’s funding over the issue of abortion. This while the federal government has spent more than $2 billion on abstinence-only programs that have proven to be largely ineffective.

The long-term challenges of the STD/STI crisis are created by the health implications of the diseases. Left untreated, they can cause infertility and other long-term health issues, including cardiovascular and neurological disease, that are much more difficult and expensive to treat.

Syphilis is especially dangerous. If untreated, it can affect the heart, nervous system and other organs. It also can be passed from mother to baby.

Gonorrhea is a serious STD as well. It can adversely affect the prostate and testicles in men. In women, the disease can impact pregnancy and may cause infertility.

Chlamydia spreads like wildfire and can cause pelvic inflammatory disease that can result in reproductive problems in women. In men, it can spread to the reproductive system, damaging the tube that carries sperm from the testicles.

Although syphilis requires treatment with a specific type of penicillin, most STDs can be cleared up with widely available antibiotics. Increasingly, however, antibiotic-resistant “super gonorrhea” is appearing across the U.S. — all the more urgent a reason to stop its spread.

The cost of treating STDs is enormous. CDC estimates range from $16 to $18 billion annually in direct medical costs alone. Costs would be many times greater if treatment were to be extended to the uncounted number of carriers of these infections who don’t even know they are infected — or who, for whatever reason, don’t seek or can’t be reached for treatment.

This is where healthcare professionals come into the picture, and where they can make a difference in stemming the epidemic. The best defense against STDs is proactive education and preventive care — and there is simply not enough of either to make a breakthrough.

It was revealed at a recent National STD Prevention Conference that less than half of sexually active women under age 26 have been tested for chlamydia and trichomoniasis, the country’s most common STDs. Another study, from the American Sexual Health Association, reports that “even though young people account for half of new STI cases, a recent survey showed only about 12% were tested for STIs in the last year.”

Contributing to this lack of testing is the fact that most STDs are relatively symptomless. Infected persons, males especially, often don’t even know they have a disease.

Characteristically and historically, STDs have been the unspeakable diseases — best treated quietly and not discussed with sexual partners unless symptoms are present. Those days are long gone.

Physicians must deliver education to patients at risk more effectively. Public education must increase, and quickly. A loud and clear public health message is needed that says STDs are dangerous and only safe sexual practices, more testing and more government funding can stem this health crisis.