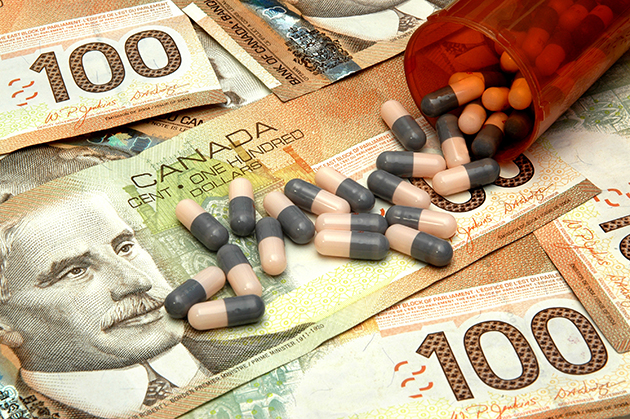 The rising cost of prescription drugs is not a new story. But as continuing efforts to lower prices have had little effect, states are starting to take matters into their own hands.

The nonpartisan National Academy for State Health Policy (NASHP) reports that currently "a total of 87 bills in 34 states of all political stripes seek to save money on prescription drugs." Six of these 34 states want to set up state-based programs selling cheaper Canadian drugs to U.S. patients.

On Feb. 4, a Vermont Senate committee "approved a proposal to create a bulk purchasing program that would import drugs from Canada." Utilizing strict safety guidelines, Vermont pharmacies would be able to distribute drugs "at a fraction of their American price."

While this may be no surprise in liberal Vermont, access to Canadian drugs is a nonpartisan issue. For example, the more conservative Utah House of Representatives narrowly passed a vote on Feb. 14 that states "a contracted wholesale pharmacy can purchase prescription drugs from approved wholesalers in Canada, in an effort to obtain drugs at lower prices."

The main obstacle here is to get the initiative approved by the Utah Senate and then Health and Human Services (HHS) Secretary Alex Azar. The main obstacle here is that since the Food and Drug Administration (FDA) will not be testing the Canadian drugs for safety, importation represents a potential public health risk. HHS also states that importation must produce positive economic benefits.

Backers of the bill claim they have protocols to ensure imported Canadian drug quality, including plans to "comply with track and trace requirements in the 2013 Drug Quality and Security Act (DQSA)."

According to an NASHP working paper: "Title II of DQSA requires stakeholders to document a chain of custody all the way back to the manufacturing plant. While the track-and-trace operational details (the data field structure, etc.) may be different between Canada and the U.S., the more important point is that the U.S. now has capacity to track the pedigree of drugs at the lot level and will be able to track pedigree at the package level by 2023."

If the Utah bill is not approved, the plan is to submit it annually for the next five years. In other words, the issue is not going away anytime soon. Regarding positive economic benefits, Utah's private sector can save a whopping $70 million and up to $30 million more in state-funded insurance programs if Canadian drugs are imported.

Utah and Vermont lead the pack, and four other states have similar pending legislation. Oklahoma, West Virginia and Missouri all have active legislation in the works, and Colorado recently saw an importation bill die in committee — but that doesn't mean the issue is dead.

While it is unclear so far how supportive the federal level will be about states importing Canadian drugs, it's also important to remember that there are powerful pro-pharma interests, namely the Pharmaceutical Research and Manufacturers of America (PhRMA), opposing importation.

Last April, National Public Radio reported that one of PhRMA's tactics was to secretly fund grassroots nonprofits, such as the Partnership for Safe Medicines, that appeared to be public health consumer advocacy groups independent of Big Pharma. 170 such groups were cited in an anti-importation campaign that included television ads, full-page print ads in The Hill and The Washington Post, and promoted Google search results.

Meanwhile, these campaigns don't seem to be stopping people from buying foreign made drugs. According to a Kaiser Family Foundation poll, in 2016 about 19 million Americans bought illegal drugs from foreign sources through online pharmacies or while traveling. Why? Pricing disparities.

As we witness drug price increases in the U.S., people will continue to seek medication from abroad. In Vermont alone, from 2010 to 2015 drug spending has gone up by 35 percent.

Once states establish the cost-effectiveness of importing Canadian drugs, it is likely we will see even more state-based drug importation initiatives in the near future.