State of Public Health 2016: Our achievements, our aspirations 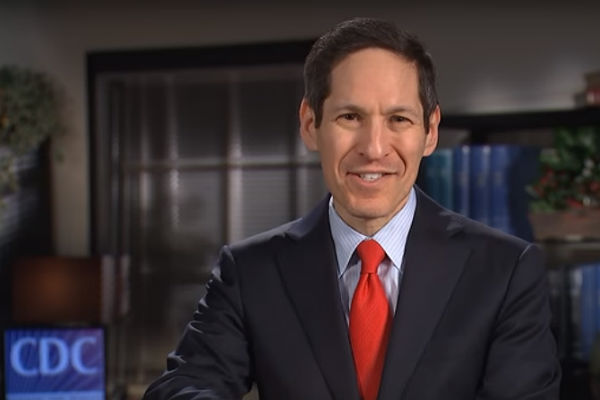 As we welcome each new year, we also anticipate remarks from the president during the annual State of the Union Address, which often outline our achievements as a nation in the past year and our focus for the new year. The 2016 State of the Union speech by President Barack Obama was particularly anticipated by viewers this year, given that it was his last.

Ever wondered what the state of our nation's health is? Well, similar to the president's annual speech, we have an annual State of Public Health address. Dr. Tom Frieden, Centers for Disease Control and Prevention (CDC) Director, provided his fourth update to the worldwide public health community, highlighting our greatest challenges and opportunities in 2016 — such as climate change, antibiotic resistance and prescription drug overdose.

Below are key points from Frieden's remarks:

With respect to the CDC's greatest opportunities and challenges for 2016, Frieden identified the complete eradication of Ebola in West Africa, polio eradication in Pakistan and Afghanistan, and strengthening of public health infrastructure in all countries, so the global community is better equipped for the next threat.

Other priorities include stopping outbreaks of drug-resistant organisms, addressing the opioid epidemic, and curbing cardiovascular disease and cancer deaths through evidence-based programs such as Million Hearts campaign and comprehensive tobacco control initiatives.

Frieden mentioned concrete ongoing endeavors, such as the CDC's Building Resilience Against Climate Effects (BRACE) framework, which helps health officials prepare for climate change and the Climate Ready States and Cities Initiative. This initiative is funding 16 states and two cities to identify likely climate impacts and their threats to human health.

Lab safety was also noted as one of the CDC's key areas of focus, in light of recent events.

"The goal of all CDC laboratory programs is to keep America healthy, safe and secure using the highest-quality science," Frieden said. "We strive to be the safest laboratories anywhere, and are fortunate to have one of the world's leading laboratory experts, Dr. Steve Monroe, as our new Associate Director for Laboratory Science and Safety."

2. Ebola update and next steps

Frieden's Ebola statement from 2015 that "our goal isn't just to get to zero, but to stay at zero" resurfaced during his remarks about public health in 2016. The CDC has worked with other international agencies to establish systems in Guinea, Liberia and Sierra Leone to rapidly detect and respond to any new Ebola outbreaks.

"CDC experts continue to be deployed to the region to strengthen local capacity and put an end to the worst Ebola epidemic in history," Frieden said, "and our new offices in these countries will work to strengthen public health capacity to stop many health threats."

In line with the Generation Public Health campaign launched by the American Public Health Association (APHA) during its annual meeting in November, Frieden emphasized the need for collaborative partnerships between public health and diverse sectors such as business, government, education and communication.

He further reflected on APHA's 2015 conference theme "health in all policies" as an approach that recognizes that synergies can be achieved when all segments of society work together.

What do you think? From your perspective, what is our nation's State of Public Health?

Ebun O. Ebunlomo, Ph.D., MPH, MCHES, PHR teaches a variety of healthcare administration and public health courses at American Public University. Ebun is also an Evaluation Fellow with the Centers for Disease Control and Prevention, through which she has planned and implemented a mixed-methods evaluation of teen pregnancy prevention initiatives, as part of the CDC director’s winnable battles program. Additionally, she has contributed to planning a multisite evaluation of the Integrated Disease Surveillance and Response strategy in the World Health Organization African Region.