Springfield, Missouri’s Wonders of Wildlife Museum and Aquarium is a tribute to the outdoors 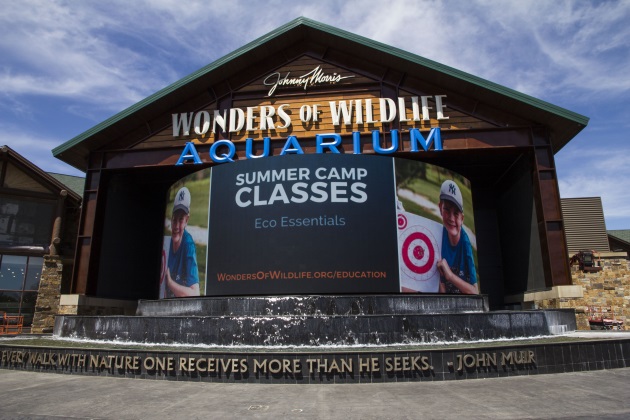 Here’s a multibillion-dollar American success story that began in the unlikely setting of a small-town liquor store. That’s where, in 1971, Johnny Morris launched his Bass Pro Shops hunting and fishing empire — selling bait and fishing tackle out of the back of his father’s Brown Derby booze shop in Springfield, Missouri.

Most outdoorsmen and women recognize the 200-store Bass Pro Shops chain as home to the largest and most varied selection of hunting, fishing, boating, camping and outdoor-related merchandise available anywhere.

Nearly 200 million people pass through Bass Pro Shops every year and, according to Forbes, the Morris dynasty is worth an estimated $4.4 billion today. The recent $5 billion acquisition of rival retailer Cabela’s almost doubled the size of the company.

More than just an entrepreneurial retailer, Morris, now 71, is also one of America’s most renowned outdoorsmen, and his ultimate vision goes way beyond selling fishing rods, bass boats and shotguns. He is a powerful advocate in support of global environmentalism and conservation. 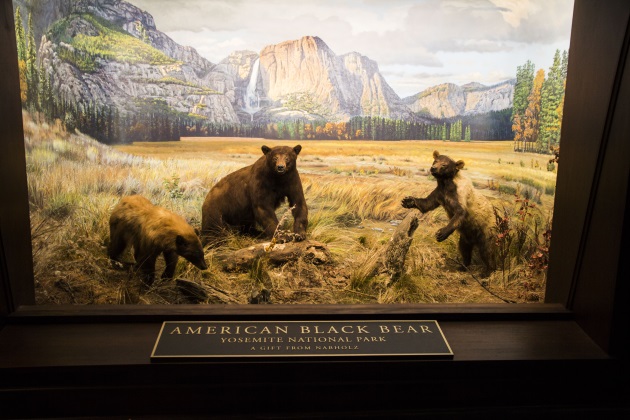 In 2017, he opened a veritable monument to that vision: Wonders of Wildlife (WOW), a massive $290 million nonprofit natural history museum, aquarium and wildlife attraction that he says "celebrates people who love to hunt, fish, and act as stewards of the land and water."

Borrowing ideas from the American Museum of Natural History in New York; the Smithsonian in Washington, D.C.; and the Shedd Aquarium in Chicago, WOW claims the title as “world’s largest wildlife attraction.” It’s the top tourist attraction in a six-state region of the Midwest and was named by USA Today as the nation’s "2017 Best New Attraction."

As a prelude to a 1.5-mile trek through WOW’s scores of natural history dioramas and watery habitats, most visitors browse the cavernous Bass Pro Shops flagship store — the “granddaddy” of them all and second largest only to the Memphis store that occupies a 535,000-square-foot pyramid, originally built as a sports arena. 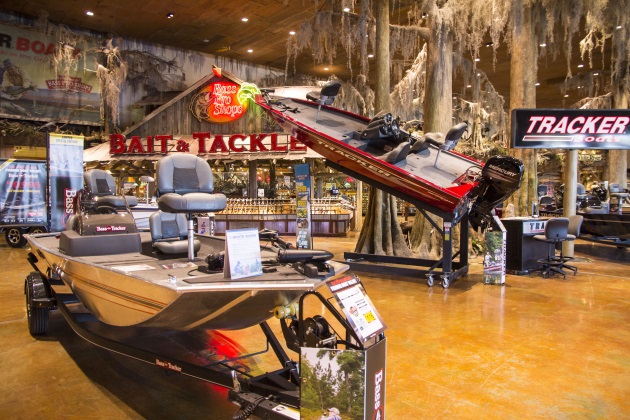 Bass Pro Shops are a bit like sporting goods museums in their own right, artfully crafted to draw you in — literally — hook, line and sinker. Even before WOW was built, the Springfield store was Missouri’s No. 1 tourist attraction, more popular than the St. Louis arch or the scores of attractions in nearby Branson.

The WOW experience begins with a stroll through a historically reconstructed version of the old Brown Derby liquor store where Morris got his start, followed by a short film that introduces Morris — and the mission behind his museum and aquarium.

Reeling in his fishing line, Morris turns to the camera saying, "There can be no doubt when you study the history from the days of Roosevelt and Audubon on, sportsmen and women, hunters and anglers have really been instrumental in providing the funding and the leadership that has brought back many of the species that we’re so fortunate to enjoy."

The point Morris makes is a good one. Taxes on hunting and fishing gear and licenses have funded state and federal conservation programs to the tune of tens of billions of dollars since the mid-1930s. 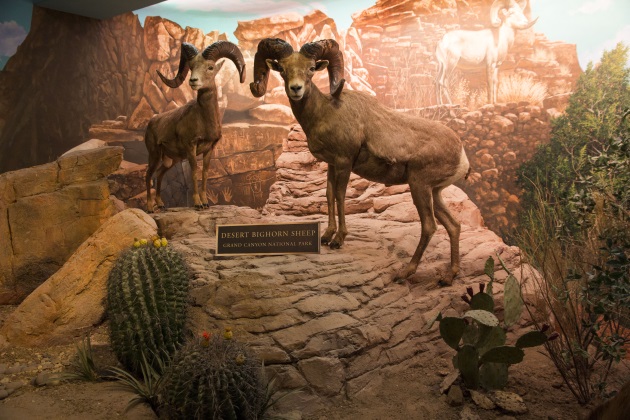 Certainly there are critics who can’t get behind the concept that culling game is good for the environment — but WOW has plenty of powerful and respected partners, including the National Wildlife Federation, the National Audubon Society, Ducks Unlimited, the National Rifle Association, the U.S. Fish and Wildlife Service, the National Park Service, and the National Geographic Society.

It must be said that WOW does a great job of trying to educate visitors about what happens when hunting and fishing go unregulated. For example, photos from the 1870s show market hunters standing atop mountains of bones and skulls of the American Bison.

The museum fastidiously documents a hard American truth that by the early 1900s our ancestors had driven dozens of wildlife species to the brink of extinction — from buffalo to elk to bighorn sheep — and urges us to stop and think about the fragile nature of our environment.

Entering the wildlife exhibits, the massive scale of Wonders of Wildlife becomes apparent. The Natural History Museum-style animal dioramas that Morris has commissioned are spectacular. 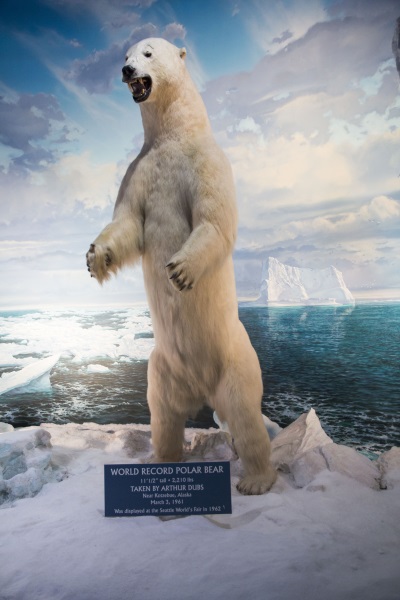 The backdrops are meticulously hand-painted. The beasts strike vivid poses: a herd of caribou surges up the bank of a roiling river and a grizzly bear chases a pack of wolves through an Alaskan tundra scene. The enormous

Africa room is populated with mounted specimens of virtually every animal known to the continent.

WOW’s designers have employed sound, temperature, high-impact lighting and special scents that waft through the various exhibits to recreate the look and feel of ecosystems from around the world — from the Arctic tundra to the savannahs of Africa and the Himalayas to a Florida swamp.

Of less interest to all but avid hunters and anglers — but important to supporting partners — are a number of mini-museums within the complex, including the Boone and Crockett Club’s world-famous National Collection of Heads and Horns, the Bass Fishing Hall of Fame, the NRA National Sporting Arms Museum, the Archery Hall of Fame and Museum, and the International Game Fish Association Fishing Hall of Fame.

A café offering an assortment of hot and cold snacks and light meals is conveniently situated between the museum and aquarium and provides a timely break before continuing on to the aquarium. 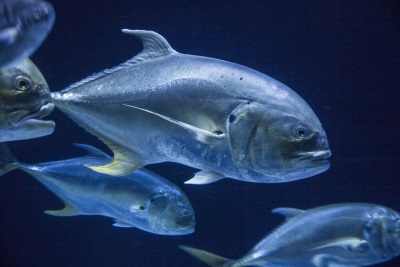 The transition from static museum exhibits to the live action of 35,000 fish, reptiles, amphibians, birds and mammals on the aquarium side is dramatic. Fish, ranging from finger-sized herring to monster sharks, parade in a series of tanks holding 1.5 million gallons of fresh and salt water. Snakes, gators, birds and water-dwelling critters from seven continents go about their daily lives while paying no attention at all to wide-eyed guests staring at them through walls of glass.

Kids of all ages crowd around the tidal-pool tank to fondle horseshoe crabs, starfish and cute, kiddie-sized sharks — and there’s a tank containing five species of visitor-friendly stingrays that seem quite fine with being handled.

Thrill-seekers have an even better option: the Out To Sea Shark Dive — where guests go underwater in a steel cage to be face-to-face with tiger sharks, brown sharks, barracudas and giant groupers — and can even be submerged during feeding time with the Feeding Frenzy option.

An environmentalist credo from Morris, jotted across a painting of a pristine river, ends the visit: "Remember, We All Live Downstream." 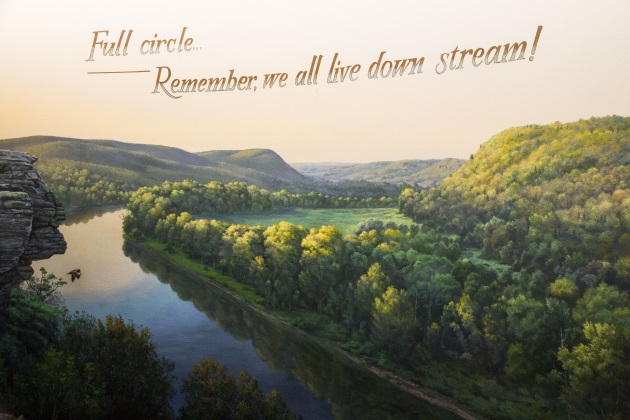 A combo ticket, reasonably priced at $39.95 for adults and $23.95 for children (4-11), provides access to both the wildlife museum and the aquarium. Most visitors will need a full day to explore both sides.

Handy for visitors in need of lodging, Bass Pro Shops operates a 70-room motel, the Anglers Inn, located just across the street from WOW and the HQ store.

As you'd expect, it has a rustic lodge look and feel and offers such amenities as free parking, complimentary hot breakfast and an indoor pool/gym. Average daily rates range from $100-$160.