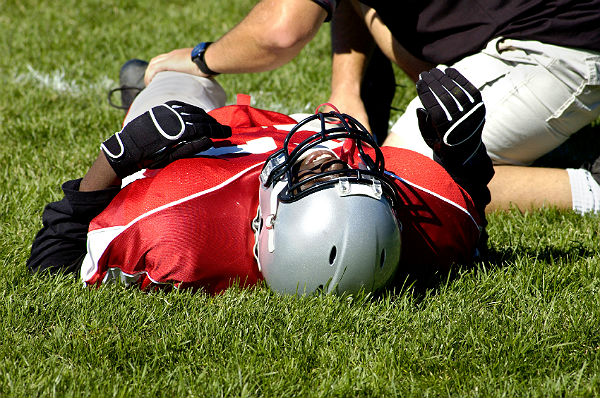 Playing only one sport throughout the year can bring a level of expertise, but when it comes to youth sports, this specialization can also bring injury.

Young athletes are increasingly suffering sports injuries that can be attributed to overuse. Some medical experts consider these injuries preventable, but the solution is not clear.

Should young athletes avoid focusing on one sport and play multiple sports? Parents, coaches and athletes appear to be divided on the topic.

"The injuries caused in pediatric athletes can even carry on into adult athletes."

One of the top college football coaches, Urban Meyer at Ohio State, sees the benefits of multisport athletes. Meyer, who won two national championships at Florida and another at Ohio State, added 47 recruits last national signing day, 42 of whom played a sport other than football in high school.

But signing day itself might be a contributing factor to the rise in overuse injuries. Dr. Matthew Silvis, medical director for primary sports care medicine at Penn State University, attributes the increase partly to the rise in the desire for athletic scholarships.

"The specialization is often driven by parents who believe that their child has to start early and stay serious in order to get a scholarship or be the best," said Silvis, who works with high school, college and professional athletes.

If West Virginia baseball coach Randy Mazey has his way, college baseball players might be playing deeper into the year, although not necessarily longer. Mazey has advocated delaying the start of the season to April or May with play through the summer, but the proposal has not made its way to the NCAA yet. Many top college programs already have indoor facilities that allow even cold-weather teams to hit and throw year-round.

Even though participation in youth tackle football has declined, medical experts are still cautious about injuries, particularly head trauma. A study of former NFL players showed that those who played tackle football before they turned 12 years old were more susceptible to altered brain development.

Another voice ringing loudly on the topic was former Major League Baseball pitcher John Smoltz, who this summer became the first player elected to the Baseball Hall of Fame after undergoing Tommy John surgery — reconstruction of the ulnar collateral ligament in the elbow. Smoltz, in his induction speech, urged families to vary children's sports participation, calling the rash of arm injuries among young players an "epidemic."

Some athletes are drawn only to one sport, for reasons ranging from enjoyment to the quality of competition.

Utah high school basketball player Zac Seljaas is one of those committed to a lone sport. According to Gary Seljaas, his son's decision to focus on basketball came about more because he simply loved the game so much that he didn't want to stop playing it.

Regardless of the approach, lifelong health is an important factor, according to SHAPE America President Steve Jefferies of Central Washington University.

Webb offers these tips to avoid repetitive use injuries:

Sports specialization has become more common in the last few decades, and several studies have demonstrated an increased risk for injury with this early specialization. The human body, especially the adolescent body, is not meant to do the same thing over and over. It is important to give different muscle groups a rest.

As the body is growing, the bones actually grow at a faster pace than the surrounding muscles and tendons, so youth athletes become tight. It is important to stretch out these tendons to prevent stress on the growth plates.

Athletes should report when they have pain with activity, especially if it is worsening. If they see a sports medicine specialist early in the course of an overuse injury, they may be able to prevent it from progressing to something serious.