Spit kit? Saliva testing for marijuana use on the horizon 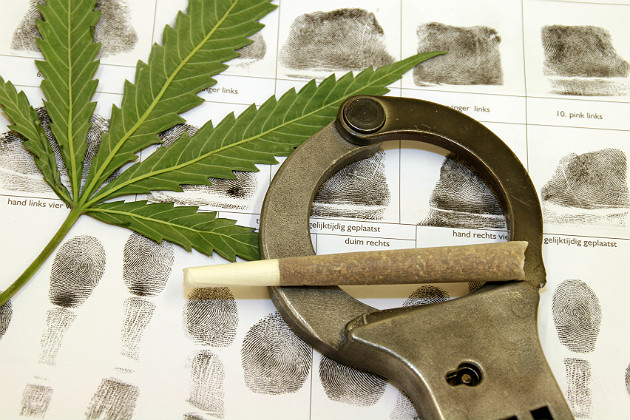 On June 5, The New England Journal of Medicine published a comprehensive review of cannabis, more commonly referred to as marijuana, and the consequences of its long-term use. The group reported that marijuana use is associated with substantial adverse effects, and some effects have been determined with a high level of confidence.

Regular and heavy recreational use of cannabis has been strongly linked with addictive behaviors and motor vehicle accidents. Unfortunately, law enforcement officers in the United States don't have a reliable means of testing for drug impairment. But that may be changing soon with new research and legislation.

Colorado looked at data prior to the legalization of marijuana — data during the the period of legalization for medical use, but prior to full legalization — and found an alarming increase in the rate of fatal motor vehicle crashes.

The increased use of marijuana with legalization for recreational use in two states and for medicinal use in 22 other states is creating alarm for law enforcement agencies. There are limits on the ability for law officers to test for impairment to drive.

Many countries currently use saliva swabs to determine the presence of marijuana in drivers. The state of

police Sgt. Andy Breidenich in Troy, Michigan, told the Detroit Free Press. "While officers can use a portable breath tester to establish a basis for arrest of a suspected drunken driver, they have no such physiological test for drugged drivers.

"So officers put motorists suspected of abusing drugs through field sobriety testing, which includes an officer's visual exam of the suspect as well as the administration of a battery of simple verbal and physical tests."

Numerous countries already use saliva as a field test to detect drugs — including marijuana — in impaired drivers.

While the use of a breathalyzer test for alcohol is a standard procedure for law enforcement, no such tool exists for recreational or medicinal drugs than can cause impairment to drive. The use of tests for saliva, currently used throughout Europe and in Australia, are met with significant resistance within the United States with concerns about accuracy and the detection of residual cannabis in the system in habitual users.

Yet there remain active lines of research that are demonstrating the increasing accuracy and sensitivity of saliva tests for marijuana. An accurate and reliable "spitalyzer" may soon be in the arsenal of law enforcement officers to use in the fight against impaired driving.