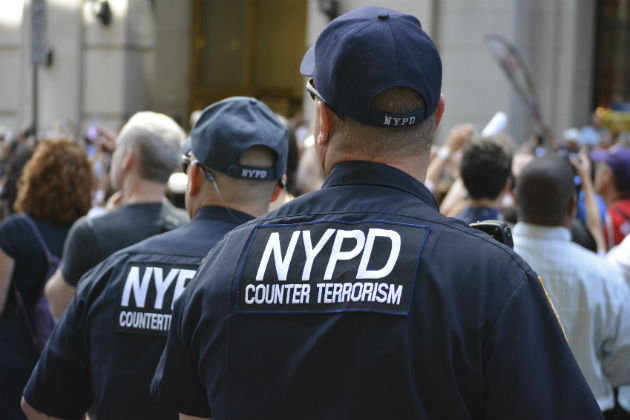 It was yet another shocking revelation last month when an outgoing and seemingly happy Iowa high school student revealed his obsession with extremist beliefs and radical thinking.

For a sports aficionado and a popular student who loves music, this was unexpected. He was an all-American boy who had it all, only to give it up for a tenet that taught him to make violent threats against the society and nation in which he lived.

The student, Ali-Skelton, had constant contact with the ISIL through his social media and other concealed accounts. He had used his Facebook account to post a stream of anti-American government propaganda, showing how serious the issue of radicalization of young Americans has become.

Shocking? Yes. But as recent reports are revealing, such cases of homegrown terrorism are quickly on the rise.

The House Committee on Homeland Security drew similar conclusions in their monthly Terror Threat Snapshot for April. It shows an alarming rise of terrorist activities targeted at the United States and the West by ISIS and other terrorist organizations. Terrorists are now exploiting security gaps to infiltrate and infest these countries even as they look for sanctuaries or bases throughout the Middle East and parts of North Africa.

Out of the 83 ISIS plots to attack Western targets since 2014, at least two dozen has been meant for the U.S. alone. Most of the suspects arrested in relation to these plots are self-radicalized terrorists. The report also states that there have been at least 150 homegrown terrorist plots uncovered within U.S. borders since the 9/11 attacks.

The Boston marathon bombing and more recently the San Bernardino attacks have only proven that the number of homegrown terrorists is rising. According to Rep. Michael McCaul, the House Committee on Homeland Security chairman, ISIS and its affiliates now constitute 80 percent of the 1,000 terrorist plots that are being investigated by the FBI.

McCaul stressed that the authorities need to seriously look at these alarming figures for right now the U.S. is not winning the war against Islamic extremism. Add other recent disturbing reports to this news, and we have a full-fledged war on our hands.

According to the director of national intelligence, 18 percent of the Guantanamo Bay detainees released between 2009 and 2015 have reengaged in jihad. That has definitely added to the problem.

As The Wall Street Journal reported early this year, most of the terrorist threats against the U.S. have germinated from our efforts to thwart terrorist plots abroad. Since 9/11, beefed up security has made it difficult for terrorists to reach American soil as easily as they did before. Most of the attacks since then have been carried out by self-radicalized individuals or lone wolves with no formal connection to foreign terrorist groups.

These lone-wolf extremists have killed approximately 45 Americans in the U.S. in the past 15 years. Law-enforcement officials are focused on counter-radicalization to understand this phenomenon so timely intervention and prevention of further crime can be brought about.

Despite the grim news, all is not lost for America. U.S special operators are working hand in hand with law enforcement departments to root out homegrown terrorism. By uncovering intelligence overseas, they are helping local officials to identify terrorists who are recruiting and radicalizing Americans on U.S. soil.

According to Lisa Monaco, assistant to the president for homeland security and counterterrorism, the special operations forces form the backbone to deal with this growing threat. Their unconventional intelligence gathering has helped disrupt communication as well as money flow, but this is a small dent compared to the large threat looming over us.

The collaboration spreads to the digital realm as well, since the terrorist groups use social media heavily to communicate with and train new recruits. They are using cutting-edge research and technology to counter the sophisticated tools applied by the terrorists.

The advances in cybertechnology that helped strengthen U.S. economic and military power have also empowered adversaries in the past two decades. But this innovative and collaborative partnership between the SOF and all the law enforcement may equip our forces better to take on these growing dangers.