Sounds in the night: Flying in the middle of nowhere 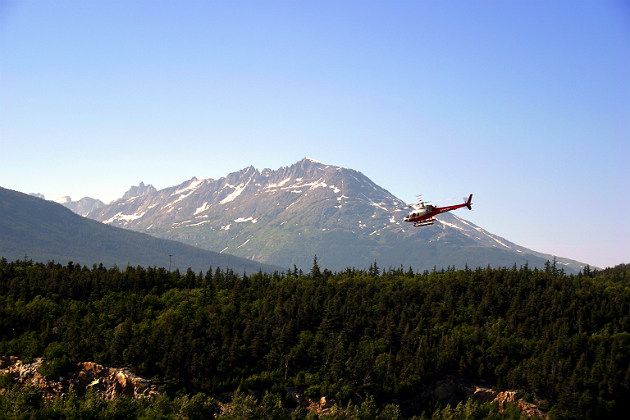 I live in the area of the United States that can be charitably called the middle of nowhere. Step outside in the winter, and the only thing you are likely to hear is your own breathing.

Yep, sound carries here. In the dead of night, I can hear a jet at 30,000 feet some 30 or even 40 miles away. And I can hear a lot of them right around midnight, because I don't live far from a high-altitude IFR airway — a highway in the sky for transcontinental and international traffic.

For years I wondered exactly what those planes were and where they were going. A few months ago, I logged onto FlightAware — a marvelous site for aviation voyeurs and others with way too much free time — and found out. As I suspected, much of the traffic was jumbo jets headed from California to Europe. Last night it was Swiss Air 41, an Airbus A340 headed from Los Angeles to Zurich.

However, I also discovered some surprises: Truly ancient airplanes like Boeing 727s or DC-10s — most of which have already been permanently parked or sawed up — flying the night freight. This, combined with the recent and perpetual 24/7 "breaking news" coverage of the disappearance of Malaysian Airlines Flight 370, put me to asking, what would happen if one of my midnight visitors came down into the trees or a lake around here?

We got a small taste of it a few years ago when a hapless student pilot, lost and out of fuel, parked it in the woods. The local Civil Air Patrol (CAP) proved ineffective, and it took a pair of Coast Guard helicopters — based hundreds of miles away — to locate and pluck Wrong Way Corrigan from the pines. They got to him minutes before darkness and hypothermia set in and his head wound became a larger issue.

This event so distressed a group of local pilots that they requested a meeting with the Air Force officer in charge of the state CAP, who was apologetic, but counseled the pilots to basically take matters into their own hands. Not exactly reassuring.

Today we have more resources, including a better-trained CAP and several EMS helicopters based in the neighborhood. However, for reasons of liability and training, some HEMS operators do not allow their machines and crews to be used for search and rescue missions. Not just for downed airplanes, but for distressed hunters, wandering dementia patients or lost children.

That's a missed opportunity. When I hear those sounds in the night, it reminds me that you never know when visitors will drop in.