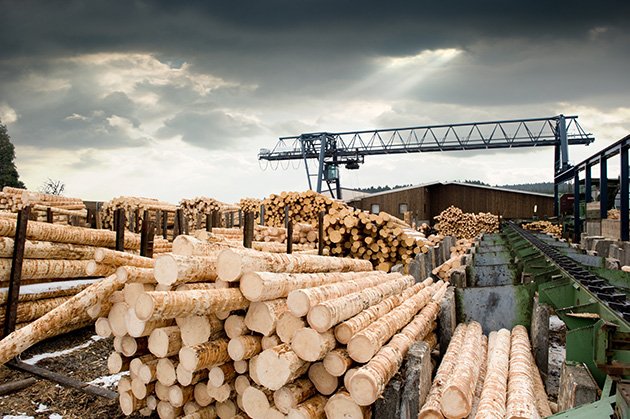 Recent news that the U.S. Department of Commerce would impose a 20 percent import tariff on softwood lumber coming from Canada set off alarm bells in the U.S. residential construction industry.

Home builders have been cautioning for months that increased materials costs were driving up the price of newly built homes, placing them further out of reach of many prospective home buyers. The lion's share of those increases has come from the escalating cost of softwood lumber.

Whether the new tariffs will worsen the situation significantly has led to a heated dispute between home builders and the lumber industry.

Although seen as part of the Trump administration's policy to get tough on U.S. trade agreements, the new tariffs are the continuation of a trade dispute between the U.S. and Canada that began in the 1980s. Bloomberg News reports the two nations have negotiated a series of temporary agreements in previous years over how much softwood lumber Canada's suppliers can sell in the U.S. and at what price.

At the heart of the dispute is that the Canadian government provides subsidies to its lumber industry — an important source of both revenue and employment, thus allowing Canadian mills to offer their lumber at lower prices than those charged by U.S. mills. The latest agreement, an extension of a previous extension to allow time for the U.S. and Canada to work out a more equitable long-term solution, expired last October.

With the two countries still at an impasse, the U.S. Lumber Coalition filed a complaint against Canada with the U.S. Department of Commerce in November, citing dumping and countervailing duty cases under American trade laws, which led eventually to the recent decision to impose the new tariffs. The tariffs took effect May 1.

What remains uncertain at present is what the actual impact these tariffs will have on the cost of lumber in the U.S. Groups representing the lumber industry and home builders have presented widely different scenarios.

The National Association of Home Builders (NAHB) has vehemently opposed the tariffs, claiming they will not only hurt the housing industry but the entire economy as well. In an early opposing statement, the NAHB estimated the additional cost of lumber due to the tariffs would increase the price of an average single-family home by $1,236. That would be on top of the current escalating cost of lumber, which the NAHB says has already added $3,600 to the price of an average single-family home just in the first quarter of this year.

Additionally, according to the NAHB's analysis, the net loss of the imposed tariffs — if in effect throughout 2017 — would result in the loss of $498.3 million in wages and salaries for U.S. workers, $350.2 million in taxes and other revenue for governments in the U.S. and 8,241 full-time U.S. jobs.

The U.S. Lumber Coalition has denounced the NAHB's figures as exaggerated and "insupportable." In an op-ed piece for The Hill, Zoltan van Heyningen, the Coalition's executive director, calculates the actual additional cost in lumber would be closer to $287 for an average single-family home. Furthermore, he notes that Canadian timber growers will likely absorb half the cost of the tariffs in reduced prices, as they done on previous occasions, thus bringing the additional cost to the home buyer down to only about $143.

Speaking with Robin Young, reporter for NPR's news program "Here and Now," Andrew Miller, CEO at Stinson Lumber Company in Oregon, stated that softwood lumber, which is used mainly for framing in home construction, makes up only 2 percent of the base cost of new home. Hence, he said, the impact on builders and buyers will be "inconsequential."

Independently, Moody's Investors Service released an analysis of its own, concluding the impact on home builders could range from "negligible ... to as high as 20 percent," at a tariff rate of 20 percent. It estimates the tariff would increase total construction cost of an average single-family home by about 1 percent, or $3,083 per home.

Why the wide variance in estimated costs? Much depends on the variables one chooses to perform the calculation, such as size of the "average" home, the number of board feet of softwood lumber used in construction, the purchase price of the softwood lumber, and the final selling price of the home.

Canadian imported lumber accounted for 32 percent of total U.S. lumber consumption in 2016, according to Wood Resources Quarterly. Grossly, assuming that 32 percent was spread across all homes, it would comprise on average 4,800 board feet, at a cost of $14,925. If the full brunt of the 20 percent tariff were added to that cost, it would come out to $2,985.

Factor in the increased cost in lumber from 2015 to the first quarter of 2017 — more than 13 percent — by NAHB figures, and you get a number that is much closer to the Moody's estimate, something like $3,373.

If, however, you use the U.S. Lumber Coalition's argument that housing construction accounts for only 30 percent of total U.S. lumber consumption, then that figure could drop considerably, depending on how much Canadian lumber is actually purchased by home builders. That could bring the cost closer to NAHB's estimate of $1,236, but much higher than the coalition's estimate of $287.

Fueling the controversy over the actual impact of the tariffs is the fact that both the U.S. lumber industry and home builders have been enjoying increasing profits since rebounding from the 2008 recession. The Wall Street Journal reported, in advance of the expected tariff announcement, that U.S. lumber prices had hit a 12-year high in April.

Although profits for home builders are nothing like those before the housing bubble burst, they have been steadily increasing in the past four years. A number of major home construction companies reported higher than estimated revenues in 2016.

Each party sees their opponent as trying to protect their profits at the expense of the other. While the controversy rages, it will be some time before the true impact of the tariffs will be known.

"The announcement of the high tariffs did not come as a surprise and will probably not increase lumber prices over the next few months, as many lumber traders in the U.S. had already accounted for a higher cost for lumber shipped from its neighbor in the north," WRQ notes.

Moreover, although the Commerce Department has instructed customs officials to begin collecting the additional revenues in cash from all incoming Canadian lumber imports, the duties need to undergo a formal review by the Department of Commerce and then be confirmed by the U.S. International Trade Commission, which will hear testimony from both sides.

Meanwhile, Canada has announced it is seeking other markets for its lumber and is considering banning U.S. coal imports and imposing duties on some other U.S. goods, including wine and some wood products, which it believes also are subsidized. The tit-for-tat is likely to continue for some time and probably result in lower costs eventually.

The more immediate threat to both industries is the shortage and rising cost of U.S. lumber. It seems it would be in both their interests to set their differences over the tariffs aside and find a sustainable mutual solution to that situation.