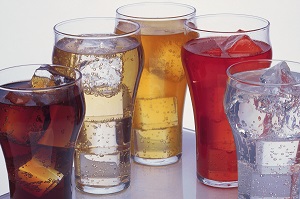 Insulated as we are, there are still instances when certain news can seep in and shake our complacency. One such moment for me was when I was asked by a fellow traveler from another country – do Americans drink water at all?

I was surprised someone would ask such a question, when I realized that he was genuinely amazed at what he considered yet another American folly. Apparently, most people have the opinion that Americans drink sodas or beer whenever their body craves liquids.

Well, that was quite a revelation, but yet as I began to dismiss such faulty notions, something made me stop. A little research led to staggering data –

In this scenario, the great soda ban saga needs to be reflected on more deeply before we dismiss it as yesterday’s news. New York's most recent dark dilemma on whether to ban or not ban sodas has been closely followed by corporations and consumers alike.

As the state’s highest court ruled against the ban, there are mixed signals everywhere. In terms of numbers, people are happy that the ban will not be implemented.

The $76 billion U.S. soft-drink industry is heaving a sigh of relief, because a ban in the Big Apple would have major ripple effects. Most consumers believe a ban like this takes away their freedom of choice.

Announcing their decision to shoot down the ban, New York’s Court of Appeals said that it was not the city health board's decision to make but the consumers themselves. They said the board not only lacked the authority to impose such a ban, but they had seriously “exceeded the scope of its regulatory authority,” which should have been left to legislative bodies and policymakers in the New York City Council.

Fierce debate has raged ever since former New York City Mayor Michael Bloomberg announced the ban in 2012. Beverage industry professionals, policymakers, public health activists, civil libertarians and consumers have been at loggerheads to prove their points.

While the ban attempted to promote a healthy diet and curb rising obesity rates, the 16-ounce limit per serving would have serious financial repercussions for an industry already seeing an all-time drop in soda consumption.

Beverage industry trade groups, which included the American Beverage Association and the National Restaurant Association, sued the state because they claimed that the ban was arbitrary and illegal because it took away the consumers’ freedom of choice.

It is up to us to live well or die, but how many of us are really making the right decisions regarding our health? Are our choices not perpetuating more myths about American choices, and more importantly, endangering American health?

In a study conducted on obesity and published in the journal PLOS Medicine, 2.1 billion people are overweight, and most of these are inhabitants of the United States, Sweden and Australia. The study also revealed how obesity is not just a conduit for serious and debilitating illnesses but also untimely death.

Adult obesity rates in the U.S. have doubled since 1980, while childhood obesity rates have more than tripled. In fact, the obesity rate is at an all-time high of 27.7 percent in 2014.

The negative effects of overconsumption of sugary drinks can no longer be refuted. Research shows that an alarming 42 percent of obese children and adolescents in the U.S. consider their weight to normal.

Sugary-drink consumption is one of the leading causes of this obesity epidemic, and while a soda ban may not be the right answer, there needs to be definite and stringent policies to curb rising obesity rates that are adversely affecting the lives of so many Americans.

New York is not the only state worried about the health of its residents. California authorities are working on a proposal that may ask the beverage industry to put warning labels on sodas and other sweetened beverages.

This could be an indirect effort to lead consumers away from artificial drinks and help them focus more on healthier beverage options. Neighbors like Mexico, however, have shown more ingenuity in curbing the sugar rush.

Rising obesity and related diseases have led authorities to ban soda ads from television instead of banning soda. With this approach, there are no arbitrary rules that will take the decision away from the consumers, but it's a proactive method to uplift and improve public health.