Smile for the camera: Cockpit recorders are here to stay 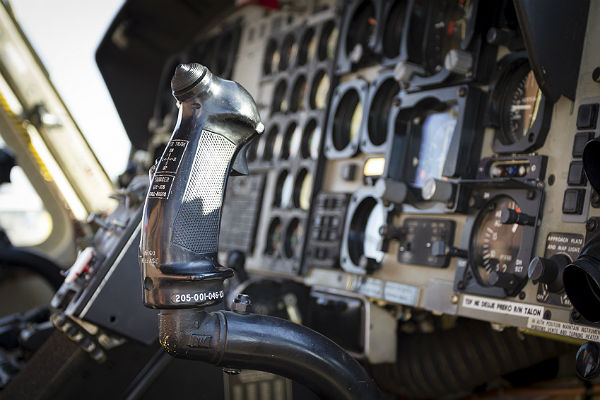 Surveillance cameras are everywhere today — where we shop, live, work and drive. In our post-9/11 world, it seems like they are in every shopping mall and on every street corner. Some are placarded with signs, some are hidden, but they are there, and there is no escaping it.

Except in the cockpit. For years certain pilots' unions have vociferously fought the inclusion of cameras in the cockpit on privacy grounds, an argument that seems to be evaporating in the wake of various pilot suicide crashes in recent years among the airlines.

Helicopters are a different story. The use of limited-field-of-view cameras combined with cockpit recorders have proven invaluable in reconstructing accidents in recent years. These relatively low-cost devices, such as Airbus Helicopters' cockpit information recording system (CIRS), can be retrofitted into legacy aircraft even if there is no other cockpit voice recorder or flight data recorder on board.

While such lightweight systems are not officially crashworthy, they do survive most impacts and can yield video useful in an accident investigation. CIRS and similar systems are lightweight — most weigh around two to three pounds — and use a single, small camera that focuses on the instrument panel, cyclic and collective.

The image capture rate varies based on available memory of the flash card, but available memory generally always exceeds the length of a sortee. Flights can also be played back as part of a unit's FOQA — flight operations quality assurance — program. Coupled with a GPS receiver, data can be overlayed into Google Earth during playbacks. The flight track and aircraft elevation is also recorded.

Cameras in the cockpit may seem invasive, but they are invaluable in reconstructing accidents and furthering everyone's understanding of accident cause and avoidance.

Such was the case with the March 2013 fatal crash of an Alaska State Trooper's (Alaska Department of Public Safety or DPS) Airbus Helicopter AS350B3, otherwise known as Helo-1, near Talkeetna. That helicopter was equipped with an image-recording device, and the NTSB noted it in its final accident report as providing "invaluable insight" in the investigative process.

"Information provided by the onboard recorder provided critical information early in the investigation that enabled investigators to make conclusive determinations about what happened during the accident flight and to more precisely focus the safety investigation on the issues that need to be addressed to prevent future accidents. For example, the available images allowed the investigation to determine that the pilot caged the attitude indicator in flight. This discovery resulted in the development of important safety recommendations related to attitude indicator limitations."

Cockpit cameras are here to stay. And on balance, that's a good thing.