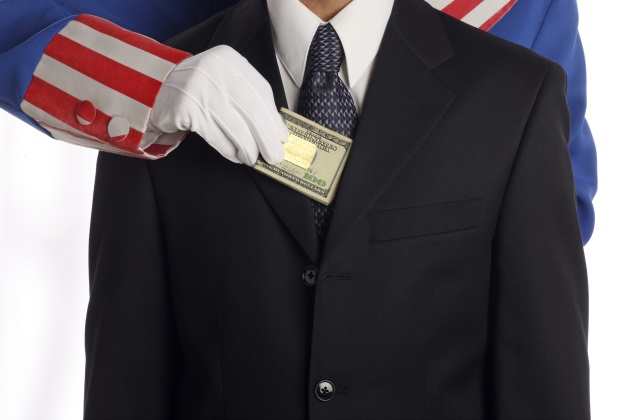 At best, some owners of small firms are lukewarm about the Tax Cuts and Jobs Act of 2017 (TCJA) that Congress passed and President Trump signed. We turn to an April 10 public opinion poll from Businesses for Responsible Tax Reform.

Among 501 small-business owners who were polled March 26-27 across the U.S. who have filed their taxes or are yet to finish their filing, nearly half, or 48%, reported that the new tax law did not make their profits or firms grow. About a quarter, or 24%, said the law caused them harm. Some 19% of respondents said the law positively affected their enterprises.

Of the small-business owners polled, two-thirds approved partially rolling back the 40% tax cut that corporate America received under the TCJA.

Ray Dalio, a hedge-fund billionaire and philanthropist who "60 Minutes" profiled on April 7, weighed in against policies such as the 2017 TCJA (without naming it) in an interview with CBS’ Bill Whitaker.

The thrust of the TCJA of 2017 is supply-side economics. That is the idea that government policy to supply tax cuts to the top tier of wealth holders will, in time, benefit the broader society.

"Lawmakers sold this law as a boon for small businesses and their customer base — the middle class," said Frank Knapp, Jr., co-chair of Businesses for Responsible Tax Reform and the president and CEO of the South Carolina Small Business Chamber of Commerce, in a statement. "Instead, large corporations — which didn’t need the help in the first place — reaped giant windfalls and just pocketed the cash, and the majority of small business owners have seen no impact, or in some cases, a negative impact."

Rohit Arora, the CEO of Biz2Credit, an online lending platform, sees the cup as half-full for small businesses under the 2017 TCJA.

"I believe that small business owners, particularly those companies that are formed as C-Corporations, have benefited from the tax cuts," he told MultiBriefs in an email interview. “Sole proprietorships and S-Corps may not have benefited as much, and that may be what’s reflected in the poll results."

"It is important to remember that the federal tax break differentiated by the structure of the company, not by the size of the company,” Arora said. "I have seen businesses in a range of industries — hotel/motel, liquor stores, and transportation, for instance — that have benefited from the tax cuts."