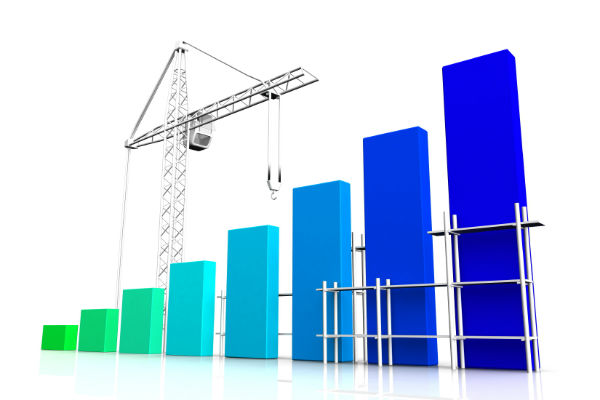 Even as construction activity appeared to be slowing down in November, industry experts released their forecasts for 2016 predicting another year of positive growth.

Increases are expected in both the residential and nonresidential sectors and in public as well as private spending. Overall and in some sectors, however, the rate of growth is projected to be slower than in the past two years, due to modest improvements in the economy and shortages within the industry.

Signs of a slowdown in activity emerged early in the fourth quarter.

The Dodge Momentum Index reported a 4.8 percent decline in October, followed by a further drop of 3.7 percent in November. Data released by the U.S. Department of Housing and Urban Development and Commerce Department found housing starts fell 11 percent in the month of October, including a 25.1 percent decrease in multifamily starts. In addition, panelists in the latest FMI Nonresidential Construction Index Report for the fourth quarter indicate construction business is slipping as the economic recovery loses steam.

At the same time, however, Dodge announced new construction starts in October rose by 13 percent, buoyed by a 42 percent increase in multifamily projects. (The discrepancy may be due in part to the fact that HUD tracks units and Dodge tracks dollars.) Just recently, the Associated Builders and Contractors (ABC) stated that construction spending in October reached the highest level in nearly eight years with growth in all major categories, posting both monthly and year-over-year gains.

Taken together, these and other indicators suggest industry growth remains positive but at a slackening pace.

Although growth has been sporadic throughout the year, 2015 is on track to record the strongest annual gains within the past several years, according to Robert Murray, chief economist at Dodge Data & Analytics. The recently released "2016 Dodge Construction Outlook" estimates total construction starts in 2015 will advance 13 percent over last year, which reached 9 percent.

A similar outlook was put forth during a joint economic forecast web conference convened by the ABC, the American Institute of Architects, and the National Association of Home Builders. ABC chief economist Anirban Basu predicted nonresidential construction "will experience 7 percent nominal growth in 2016." AIA chief economist Kermit Baker and NAHB chief economist David Crowe did not set a growth target but stated that market conditions were favorable for continued demand in the coming year.

Research conducted by John Burns Real Estate Consulting finds at least 90 percent of forecasters, including themselves, "believe residential construction will rise at least 30 percent to 1.5 million-plus units" within the near future as millennials move into the housing market. Industry analysts from Global Construction Perspectives and Oxford Economics estimate that growth in American construction activity will outpace China over the next 15 years, growing at an average 5 percent per year.

Unaccounted-for shifts in the economy could quickly alter these projections. For now, economic and demographic trends point toward a positive business environment for construction.