Slip or slump: Which way are the housing winds blowing? 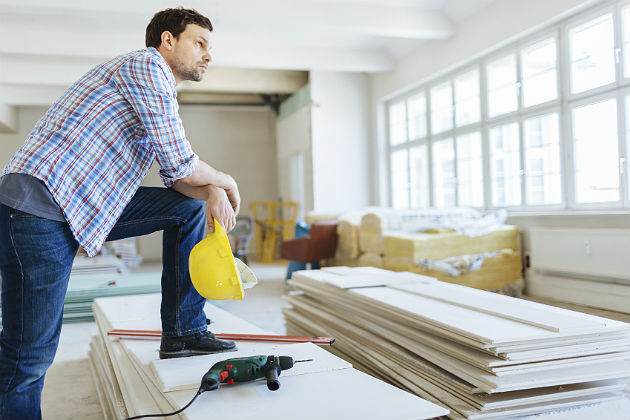 January — that contrary month for the housing industry — disappointed once again. Across the board, indicators revealed an industry stuck in the doldrums. Housing starts were down from December, as was builder confidence. Sales of existing single-family homes and multifamily construction barely ticked a notch higher.

So was January a harbinger of things to come or just a temporary adjustment in a more positive trend? Signs at present point to more fair winds than foul.

Contrary to expectations, the U.S. Department of Housing and Urban Development and Department of Commerce reported new housing starts fell 3.8 percent in January compared to December. Requests for building permits for privately-owned housing units also declined slightly (0.2 percent). Single-family home completions also were down 1.4 percent from a month ago.

When combined with the recent turmoil in the stock market, the uncertainty about the price of oil and the future of the economies of China, Japan and the European Union, the numbers put a damper on earlier projections of continued growth for the industry in 2016.

But the news was not all bad. Despite the month-over-month decline, housing starts were up 1.8 percent year-over-year compared to January 2015, and requests for permits were up 13.5 percent. In addition, housing completions were up 8.5 percent over January 2015.

Demand for housing remains high. The National Association of Home Builders, which reported its Housing Market Index dropped three points in February, says builders remain optimistic that sales will pick up in the months ahead.

"The fundamentals are in place for continued growth of the housing market," NAHB Chief Economist David Crowe said. "Historically low mortgage rates, steady job gains, improved household formations and significant pent-up demand all point to a gradual upward trend for housing in the year ahead."

Lawrence Yun, chief economist for the National Association of Realtors, recently expressed concern that demand currently is outstripping supply, which is driving the prices of existing homes up too fast. Sales of existing single-family homes rose only 1 percent in January, compared to December.

Nonetheless, existing home sales in January were 11.2 percent higher than a year ago. The outlook for the spring home buying season remains positive, predicted Yun, noting, "despite the global economic slowdown, the housing sector continues to recover."

Signals in other areas were mixed. The construction industry continued to add jobs in January, but at a somewhat slower pace than in the last three months of 2015, according to the Associated General Contractors of America. Residential construction increased by 20,100 over December and by 149,500, or 6.2 percent, compared to a year ago.

The unemployment rate among job-seekers who last worked in construction fell to 8.5 percent, the lowest level since the AGCA started reporting the data in 2000. The Conference Board's Consumer Confidence Index fell in February (down 5.6 points from December), driven mainly by the negative economic news.

Employment, though continuing to grow, slackened somewhat in January. Gallup reports, "Americans in February were slightly more likely to name the economy generally as the 'most important problem facing the country' than they have been in the last two months."

"Consumers [are] expressing greater apprehension about business conditions, their personal financial situation, and to a lesser degree, labor market prospects," Lynn Franco, director of Economic Indicators at The Conference Board, observed. "Their assessment of current conditions suggests the economy will continue to expand at a moderate pace in the near term."

Forecasts for the remainder of the year remain positive, with economists sticking to their original project of modest, gradual growth. Commenting on the latest HMI report, a spokesperson for Wells Fargo remarked, "We continue to believe that the housing market will be one of the bright spots for the domestic economy in 2016."