Slimming down to a lean warehouse 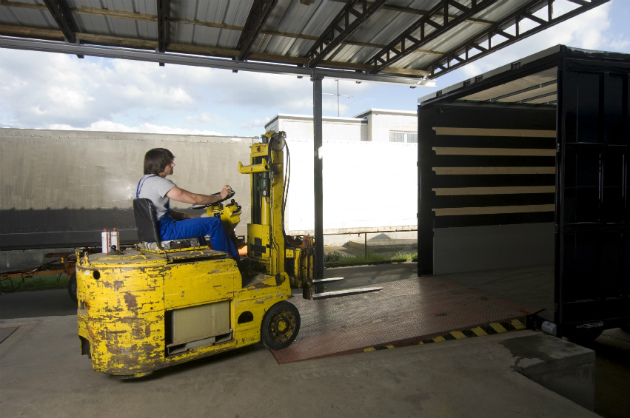 Some say "lean" was the biggest management idea of the past 50 years. If that is true, the concept of lean could well be a masterpiece of wording. Everyone knows the difference between fat and lean, so lean is a word that should have no mystery.

But what does lean mean when it comes to warehouse management?

While the Japanese have made the "lean" concept popular in the last few decades, the original credit belongs to Henry Ford. He was motivated by the desire to produce a product the average worker could afford to buy.

While the automobile was not an American invention and had been around for years before the Ford Model T, the significant change developed in Dearborn, Michigan, was a production system that converted the automobile from a toy for the wealthy to a utilitarian tool that was inexpensive enough to be available to ordinary people.

Japanese engineer Taiichi Ohno is considered to be the prime developer of the Toyota production system, implemented during the third quarter of the 20th century. In 1946, he came to Michigan to study the Ford assembly line. While elimination of waste was an important element, the Toyota system also emphasized long-term thinking, respect for people, and the concept of continuous improvement (kaizen).

The importance of velocity

The emphasis on speed may have started with the development of Southwest Airlines, whose founders recognized that superior utilization of assets could greatly reduce their cost of operations. With this in mind, the airline established the goal of achieving a radical reduction in the turnaround time for each airplane at the gate.

Reduction of turnaround time allows the airline to achieve significantly greater utilization of the investment in aircraft. Nine steps are involved in turnaround at the airport gate.

Southwest management reduced the turnaround time by nearly 20 minutes, with the biggest reductions involved in the boarding of passengers.

Velocity in the warehouse

The assets used in warehousing are less costly than in airlines, but there are other reasons why control of velocity will make any warehouse operation more attractive than it has been in the past. While the hourly cost of a tractor-trailer and its driver is less than the same cost of an airplane and its crew, the ability to achieve faster truck turnaround has more than an economic value.

With today's critical shortage of truck drivers and equipment, those warehouse operations with the fastest turnaround time are likely to be considered "preferred shippers" and therefore will command both greater attention and better rates than warehouses with poor control of the truck loading and unloading process.

Similar to the airline example, a lean warehouse operator can and should break down the process into identifiable work elements. A typical list of elements for loading an outbound truck might be the following:

A similar process is followed with handling of an inbound truckload with at least two additional steps. First, the packing list for the inbound load is compared to an advance shipping notice (ASN) to be certain that the product received agrees with the shipper's communication. Some warehouse operators will reject the load if there is a discrepancy. Second, measurement of dock-to-stock time is a critical metric.

Dock-to-stock is the elapsed time between receipt of the cargo and recording of the received merchandise in the computer. Until this recording is complete, the product cannot be shipped.

While the best warehouses measure dock-to-stock time in hours, in some operations it can take as much as several days. Product that has been received but cannot be shipped is an obvious waste.

Emphasis on velocity means that there is a continuing effort to reduce dock-to-stock time. The ultimate is cross-docking, where merchandise received on an inbound trailer is immediately moved to an outbound shipping dock.

Most of the attention in lean warehousing is directed at materials handling on the warehouse floor. Equally important is the handling of information and paperwork in the office.

While computer technology has made major improvements in many warehouse office procedures, there is still room to examine work performed by customer service representatives in the warehouse office. The same kinds of flowcharting that are used to examine the handling of cargo can and should be applied to the movement of paper and information, as well as the process of communicating with customers.

Is lean compatible with quality?

In Japanese manufacturing, the andon is a cord that may be pulled by any production worker to stop the assembly line if a problem is detected. In warehousing, frequently the problem cannot be detected until it is too late. Therefore, quality is measured by the warehouse team's ability to deliver perfect orders.

It is not often possible to know an order is less-than-perfect as it is being shipped. Furthermore, quality is always measured in the eye of the customer. Therefore, a critical part of lean warehousing is to control quality by asking questions.

Admittedly, technology has allowed abuse of the questionnaire strategy. Unless you never travel or buy anything, you have been assaulted with questionnaires from providers who want you to evaluate your experience in dealing with them.

Consultant Fred Reichheld is a recognized expert on the measurement and evaluation of customer loyalty. His book, "The Ultimate Question," describes a process for measuring satisfaction and loyalty. He identifies the single question that is more important than any other: "How likely is it that you would recommend this company (or product) to a friend?"

The best warehouse operators try to impress their customers with the importance they place on measuring quality. Emailing a questionnaire is not enough. Those who have not answered should be contacted again, possibly by telephone.

Feedback is the only way to measure customer satisfaction. As Reichheld points out, customer loyalty is based on satisfaction. In warehousing, satisfaction is measured primarily by the percentage of perfect orders, but also by the courtesy and responsiveness of those who work on the floor of the warehouse as well as the office.

Since quality is measured by attitude as well as metrics, the only way to measure it is to ask the customer.

Putting it all together

Lean management is about far more than reduction of waste. When assets are deployed with greater velocity, the investment in those assets can be reduced. When the velocity of inventory is analyzed, space utilization is improved, and travel time for order selection is reduced.

While most studies of lean apply to the production floor, the opportunities in the office are equally significant. Improvement of warehouse quality means workers nearly always do it right the first time, and therefore do not have to correct mistakes.