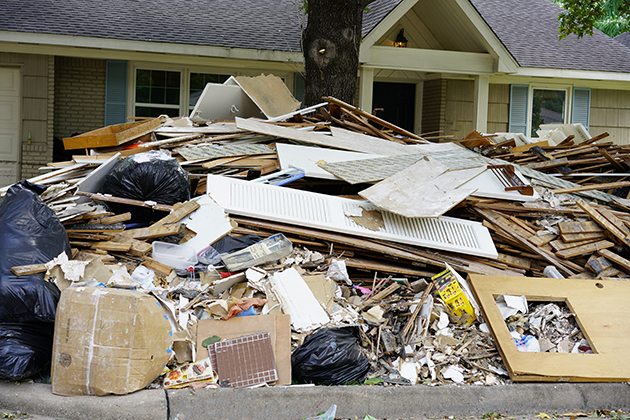 In the last two months, we've witnessed historic Hurricanes Harvey, Irma and Maria severely damage Texas, Louisiana, Florida and Puerto Rico. There are many statistics that have emerged from these disastrous events, and one of the most chilling is the number of homes damaged or destroyed. Tens of thousands of homes were flooded, while other homes were permanently damaged beyond repair.

We already know that recovery efforts are underway, but rebuilding after the hurricanes remains a challenge due to a shortage of skilled labor in the home construction industry. What is behind this shortage and how can the industry tackle the problem of its shifting labor flow?

The National Association of Home Builders (NAHB), a home-building industry organization, confirms the industry is experiencing a skilled labor shortage. For every skilled worker entering the industry, five more are retiring.

According to the NAHB, shortages for most housing construction occupations "are more widespread now than at any time since 2000." The good news is that the industry is proactive in addressing the shortage through various means.

The NAHB provides two major reasons for this labor shift: the economic recession and immigration reform.

The economic recession put a damper on new single-family home construction. This, in turn, impacts the number of people who feel it necessary to look outside construction-related occupations (like carpenters, electricians, painters, plumbers, roofers, masonry and sheet metal workers, etc.) to pay their bills.

Since the numbers for housing starts (new residential construction projects) still remain low at 1.3 million for this year (compared to 2 million in 2005), the industry will also have to address the larger economic picture that creates demands for new housing initiatives.

In addition to the economic recession and general real estate market losses, ongoing political battles over immigration reform directly impact the industry. Foreign-born workers represent around 28 percent of the U.S. construction labor force — and this number is even higher in certain states.

For example, 40 percent of the construction labor force in Texas are immigrant workers. With the Texas coastal communities and the Houston area so heavily impacted by Harvey, there's no doubt rebuilding efforts will have to include special incentives to recruit and retain skilled workers to do the necessary jobs.

There is a concerted effort to support sensible immigration reform that does not impede the flow of workers in the industry. The NAHB supports reform and opposes illegal immigration. In order to populate its workforce, the organization supports a guest worker program that allows employers to legally recruit immigrant workers. It also supports citizenship pathways for noncitizen workers.

The International Roofing Expo's official publication reported last March that if President Donald Trump delivers on his promise to boost our nation's infrastructure, "the impact of his immigration policies may be at odds with the ability to provide the necessary labor" needed by the industry. Hurricane rebuilding efforts appear to ride this statement home.

In the meantime, we will continue to witness firsthand how the bigger financial picture, the Trump administration's immigration reform and general occupational trends are creating a new perfect storm of slower or lower-quality rebuilding efforts.

Here's hoping the industry's ongoing efforts to address this labor shortage will be enough to offset the troubles that have led to so many economic-related and hurricane-related housing problems.