Size matters in lung transplants — and bigger is better 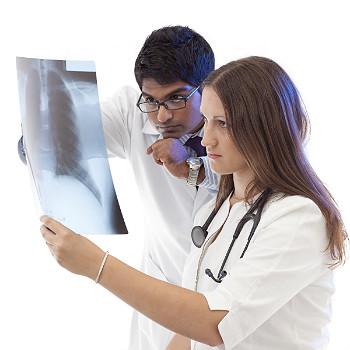 Previously, lung transplant experts have worked hard to match donor lung size close to the lung size of the transplant recipient. Physicians pursued size-matching due to the concern that lungs that were too large or too small could lead to potential problems, such as poor lung function, after transplantation. However, new transplant research is shattering that theory.

Not only is the transplantation of larger lungs is beneficial, but transplant research conducted by University of Iowa has also found that using oversized lungs, particularly in double-lung transplants, results in better survival rates for transplant recipients. The Annals of Thoracic Surgery recently published the findings of this study, which analyzed data from thousands of patients who received lung transplants.

While height is commonly used to determine the optimal lung size for transplant patients, this new study resulted in the emergence of a new way to determine lung size for patients. This new formula — the predicted total lung capacity ration (pLTC) — helps transplant teams identify a match based upon lung size.

According to Michael Eberlein, a clinical assistant professor in internal medicine at the University of Iowa who was involved in the research, “This study shows that lung size matters in lung-transplant procedures. We found that oversized allografts, up to a point, were associated with improved survival after lung transplantation.”

Recently, the case of a young girl in Pennsylvania brought lung size into the national spotlight. The 10-year-old girl was ineligible to receive the lungs of an adult due to the potential mismatch in lung size, according to regulations. Her family went to court to petition her case, and the court allowed her to receive adult lungs. Her case resulted in a nationwide debate on lung size and current organ allocation procedures.

Commenting on the transplant research conducted at Johns Hopkins, study author Christian A. Merlo, M.D., said, “Despite what we thought, bigger lungs turn out to be better. Our study tells us that if we were to routinely transplant larger lungs into patients, we could potentially make a real impact on survival.”

Although study leaders caution that lungs can still be too large for a patient, resulting in difficulty closing the chest cavity, larger does appear better for overall survival rates. By using the new calculation for lung capacity instead of current methods of determining lung size for transplant patients, patients can be offered oversized lungs instead of smaller lungs that may not provide the best transplantation results.

These new findings also suggest that it may be beneficial to avoid looking at age when allocating lungs, which would allow adults and children to be included in the same recipient and organ donor pools.

Of course, since many individuals die before getting the lung transplant they need to survive, researchers feel that receiving new organs, even if they are small, is still better than waiting on an ideal transplantation. But this new research shows that larger lungs are ideal for many lung-transplant candidates, and it should change the way transplant teams view organ allocation in the future.

Joy Burgess is full-time freelance writer with more than 12 years of writing experience. For more than six years, she has specialized in medical writing, drawing upon her previous medical experience in emergency care, private home healthcare and geriatric care.