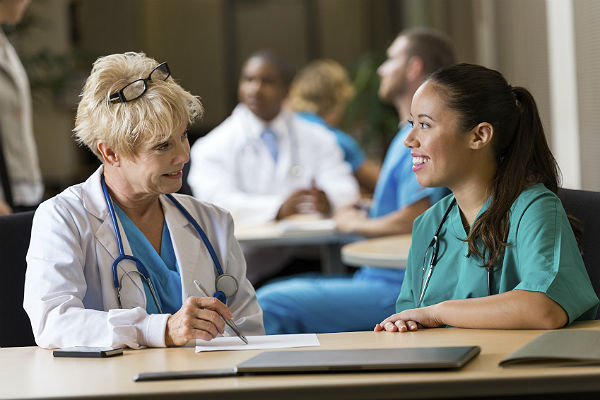 Working in healthcare means we are used to many scenarios and have many tools to handle bizarre, uncomfortable or intimately private situations. For the most part, we have honed these skills around patient-centered issues.

Conversely, many of us lack the experience to address tricky situations with each other. To help translate those patient-centered skills to compassion for a colleague, here are simple solutions to three awkward problems.

While many employers have made the policies around giving references even tighter, as someone who often checks references, I can say that it is becoming easier and easier to get unofficial references from a candidate’s ex-colleagues.

It can be challenging to respond to a request, even unofficially, without having a big impact on the ex-colleague’s next opportunity. To avoid sabotaging our ex-colleague and avoid putting the company in a situation, we need to carefully consider the intent of our response.

By taking the time, even a couple of minutes, to decide what we want out of the conversation, we are better poised to make the appropriate impact. For example, if we want respond somewhere between nothing and neutral, then we can consider weaving that intent in with a deflection that answering in any detail is impossible.

Or, if we are trying to actively help the ex-colleague, then connecting with the recruiter on LinkedIn, talking outside the office or office hours, and providing a wide variety of hypothetical things can do the trick. For example, stating that we would hire the person if we ran our own company and explaining that we would or would not hire them for a specific project can convey a wide majority of intents.

A colleague has consistently offered to make an introduction and keeps forgetting to do it. Then when she does, she provides incorrect information. While we want to show our gratitude for the introduction, we also want to make a clear and accurate first impression.

In such cases, it can be helpful to reach out the person to whom we were introduced and ideally talk to them to correct the information. Talking limits any misinterpretation (like embarrassing our colleague in front of their peer) that could happen in email.

Once a connection is made with the third party, we can take the liberty of explaining the miscommunication and, once it is resolved, we can provide the resolution to our colleague that made the introduction so they are aware that there was a problem and that it was solved.

Finally, we are often the cause of our most awkward moments. From forgetting names to flaking out on a project, we often end up in situations that require us to tread carefully. In such cases, the best thing to do is to drop the shovel. In other words, stop talking, making excuses or generally addressing the issue with noise.

Instead, embrace the problem, own it and offer a solution. For example, a colleague who could not remember the COO’s name could remember she was from Ohio.

As such, she told the COO that despite being introduced to her multiple times, she has a tendency to block names of people from Ohio and was hoping that now and in the future, the COO would forgive her for forgetting her name.

While we may not all be as quick-witted, we can recognize when we are adding to the awkwardness and do something about it.