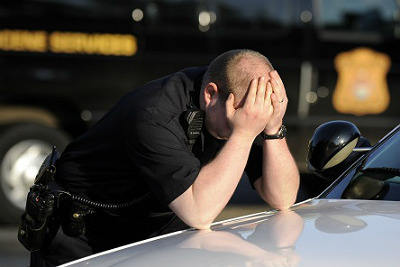 Preventing police suicide is every officer's responsibility. The law enforcement profession can no longer ignore the silent suffering.

Post-traumatic stress disorder (PTSD) is real and is a lot more common among first responders than initial indications. However, the silence of the first responder culture has kept the problems associated with PTSD as a profession secret not openly discussed.

A 2013 study by Andrew F. O'Hara et al in the International Journal of Emergency Mental Health and Human Resilience showed that in police culture, suicide is not openly discussed because police officers view suicide as dishonorable to the profession. Additional research on PTSD has linked the increase of suicidal behavior to those who suffer from PTSD. Officers suffering from PTSD are at a higher risk of suicidal ideation.

The O'Hara study focused on police suicides for the years 2008, 2009 and 2012. Here are some of the statistical data from their study.

Profile of police suicides in the study:

The O'Hara study has provided some key indicators from the statistical data. By analyzing the study, law enforcement agencies can build a police officer suicide prevention program by establishing a profile of potential at-risk officers and intervene with proactive mental health intervention and department support.

Mark H. Chae and Douglas J. Boyle have researched critical warning signs that a police officer is having suicidal ideations. By recognizing these signs combined with the statistical data in the O'Hara study, law enforcement has the research evidence necessary to develop a proactive suicide prevention program that can make a difference.

Some warning signs are if the officer ...

Preventing police suicide is every officer's responsibility and obligation as a member of the law enforcement profession. Having the leadership and courage to change a culture of silence does not weaken the profession but strengthens the bonds that make it noble and honorable profession that protects the weak and innocent from harm.

The ethical warrior leads by example and supports others when they are down, and that includes their own.