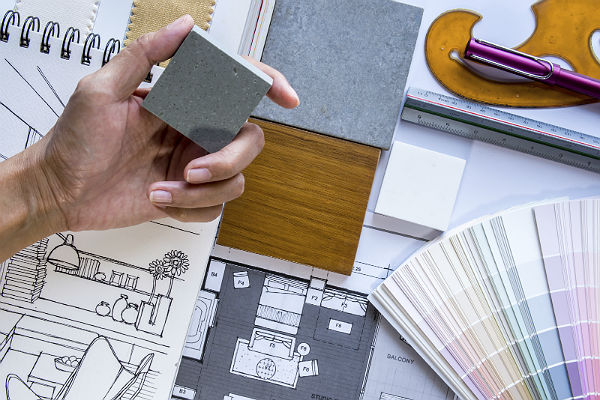 After several months of declining growth, the interior design industry showed signs of regaining momentum in the latter part of the first quarter.

Both residential and commercial sectors have experienced increased activity in recent months. The upward trend has boosted designers’ expectations that demand will continue to grow in the months ahead.

Presently, the outlook for design firms remains very positive, according to the American Society of Interior Designers. Its latest Interior Design Billings Index (IDBI), for March 2018, rose 2 points for the month, to 58.5, its highest level since June of last year.

Even though the business inquiries index dropped somewhat from February, designers expressed increased optimism about their prospects in the months to come. The six-month outlook index in March climbed more than 6 points month-over-month, to 62.7.

That optimism is reflected as well in the findings of the just-released 2018 U.S. Houzz State of the Industry report. Interior designers who participated in the survey anticipate substantially higher revenue growth for the year as compared to 2017.

More than three-fourths of residential designers believe revenues will be higher this year, by as much as 11.1 percent on average, resulting in higher profitability. In addition, more than two-thirds expect demand for services will increase as well.

In last year’s Houzz State of the Industry study, nearly one-third of designers had voiced concern about the difficulty of finding prospective customers.

As an indication perhaps of how the market has shifted in recent months, this year nearly the same proportion expressed concern about the shortage of contractors instead. Again this year, managing client’s expectations, particularly in regard to costs, remain the primary concerns of a majority of designers.

Most of the demand for residential design services (about 70 percent) comes from renovation and remodeling projects of existing homes. About 20 percent comes from design of newly built custom homes or new homes for sale.

However, designers in this year’s Houzz study reported a notable increase in commercial design projects as well — 13 percent in 2017 versus 7 percent in 2016. This may be an indication that firms are diversifying more to expand their markets, given the relatively static market growth for interior design services within residential remodeling and design industry overall. It may also be a reflection of the growing crossover between residential and commercial design in sectors like office, hospitality and health care.

Adding support to designers’ optimism are recent encouraging indicators of continued strong demand for remodeling services for the foreseeable future.

In its most recent Leading Indicator of Remodeling Activity (LIRA) forecast, the Joint Center for Housing Studies of Harvard University projects continuing robust homeowner remodeling activity, with overall growth remaining above 7 percent for the remainder of this year and into the first quarter of 2019.

The Dodge Momentum Index also was up for the second month in a row in April, jumping 6.1 percent over March, led by "aggressive growth" of 6.3 percent in the commercial sector. The institutional sector experienced a healthy but more modest growth of 5.8 percent.

As with remodelers, architects and builders, interior designers are facing challenges of rising labor and materials costs along with shortages of qualified labor that may cause delays or project backlogs. In the main, however, current indicators suggest that designers can expect continued demand for their services and positive growth overall this year.