Should medics stop for breathing or keep pumping during CPR? 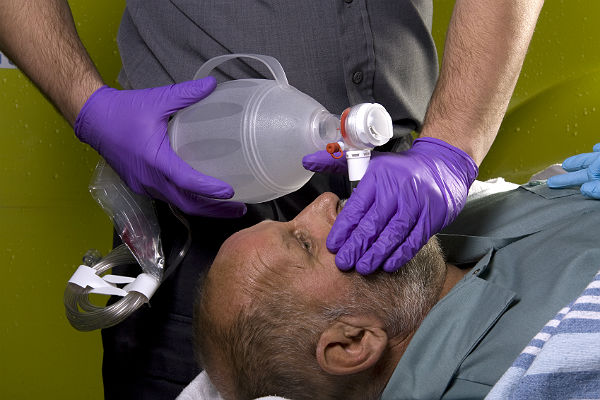 Approximately 326,200 people experienced out-of-hospital cardiac arrests in the United States in 2011, according to The Heart Foundation. Just over 10 percent of those treated by emergency medical services survived.

Earlier studies suggested CPR methods that alternated lung inflations with chest pumps could impede circulation and survival. The researchers in this study wanted to determine if performing continuous chest compressions at a rate of about 100 per minute along with manual ventilations at approximately 10 per minute would provide better results than giving 30 chest pumps, two breaths, 30 more compressions, two more breaths, and so on.

This research — published Nov. 9 in The New England Journal of Medicine and titled "Trial of Continuous or Interrupted Chest Compression during CPR" — is the largest study to date of the outcomes of CPR performed by medics for people suffering out-of-hospital cardiac arrests not caused by trauma. The research was conducted at 114 agencies in the United States and Canada. Emergency technicians provided rescue breaths though a valve mask, placing the mask over the patient's nose and mouth.

The researchers included 23,711 patients in the primary analysis. The scientists assigned 12,653 to the intervention group who received continuous chest compressions and 11,058 to the control group that received interrupted chest compressions. The primary outcome was rate of survival to discharge from the hospital, while the secondary outcome was measurement on a modified Rankin scale score.

The scientists collected CPR process data on 90 percent of the patients and assessed the pattern of cardiopulmonary resuscitation provided by emergency responders. The researchers describe the quality of CPR delivered as consistent with practice guidelines.

Lead researcher, Dr. Graham Nichol, University of Washington professor of medicine and director of the UW Medicine Center for Prehospital Emergency Care, said both groups of patients did well, but the patients who received rescue breathing survived more often.