Should dentists continue to use fluoride? 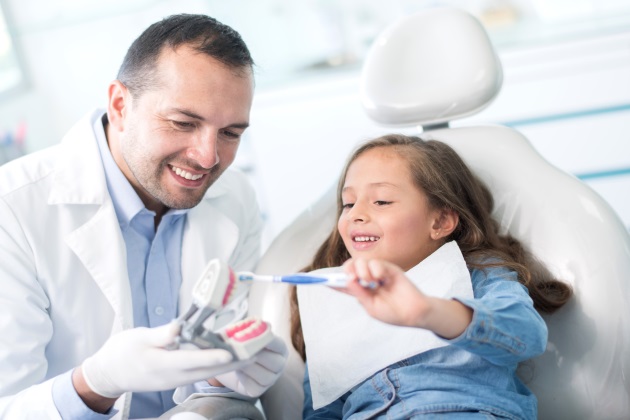 The news can be alarming. Fluoride causes cancer. Fluoride is a neurotoxin. Fluoride will reduce IQs in children. Fluoride kills!

Fluoride is a naturally occurring mineral. It is in our soils, water, and food in various amounts, depending on where you live, but our bodies don’t need it to survive.

In the 1930s, dental research showed that children who lived in areas with high concentrations of naturally occurring fluoride in the water had less tooth decay. This research led to the addition of fluoride to the municipal water supply in Grand Rapids, Michigan, in 1945. Other municipalities followed, and the Community Water Fluoridation program began.

Suddenly tooth decay went down. Tooth extraction declined. People were saving money and keeping their teeth. The Centers for Disease Control (CDC) in 1999 touted the fluoridation program as one of the top 10 greatest achievements in the 20th century.

Then, links to cancer and fluoride began to emerge, specifically to a rare type of cancer, osteosarcoma.

Scientists and health boards reviewed and researched this claim made in 1975 by Dr. John A. Yiamouyiannis and Dr. Dean Burk that the artificial fluoride added to drinking water increased the rate of cancer. While some tests showed a possible association, each subsequent review and research found errors in the original claim and no definite link could be made between the use of fluoride in the drinking water and cancer.

In 1983, a review of the original source of allegations of fluoride causing cancer was published in of Bulletin of the World Health Organization (WHO). The review stated several flaws and concluded that the link was inconclusive.

The International Agency for Research on Cancer (IARC), published a report, in 1987, finding that no evidence conclusively proved a link to fluoride and an increase in cancer.

In 1991, the U.S. Public Health Service issued a report stating after reviewing all studies done to date none, “demonstrates no credible association between water fluoridation and the risk of cancer.”

In 1993, The National Research Council (NRC) concluded: "the weight of the evidence from the epidemiological [population-based] studies completed to date does not support the hypothesis of an association between fluoride exposure and increased cancer risk in humans." The council suggested more through research.

The National Health Service (NHS) Centre for Reviews and Dissemination, in 2000, reviewed 26 studies on the link between cancer and fluoride. At the end of their review, the center also concluded, "Overall, no clear association between water fluoridation and incidence or mortality of bone cancers, thyroid cancer, or all cancers was found."

The National Research Council, in 2006, issued an updated review to their past 1993 study and again found, "the evidence on the potential of fluoride to initiate or promote cancers, particularly of the bone, is tentative and mixed."

In 2010, a report published by the European Scientific Committee on Health and Environmental Risks (SCHER) "agrees that epidemiological studies do not indicate a clear link between fluoride in drinking water, and osteosarcoma and cancer in general. There is no evidence from animal studies to support the link, thus fluoride cannot be classified as carcinogenic."

California’s Carcinogen Identification Committee (CIC), in 2011, conducted its own review of past studies and stated, "fluoride and its salts has not been clearly shown to cause cancer."

In 2015, the U.S. Public Health Service again released a report that stated, "This finding is consistent with systematic reviews and three recent ecological studies that found no association between incidence of this rare cancer and the fluoride content of community water."

It is clear that the link between fluoride and cancer is inconclusive and more research needs to be invested in finding a definitive answer beholds other health risks. Last year, The Lancet, one of the oldest medical journals, published a report classifying fluoride as a neurotoxin.

It is known that fluoride is non-essential to our bodies. Fluoride is very good at preventing tooth decay and helping re-mineralize teeth that do have the early stages of decay,but it is easy to get too much from toothpaste and fluoride treatments. More than a pea-sized portion of toothpaste is too much, ingestion of which can lead to fluorosis and other possible health risks.

Fluorosis is a hypermineralization caused by ingesting excessive amounts of fluoride. In most cases, it is a cosmetic issue, leaving teeth stained or mottled. Mild cases, the teeth are striped or dotted with white, the next stage of higher doses leads to a brown staining of the teeth. If there is a high concentration of fluoride ingested, it can lead to skeletal fluorosis, which causes symptoms of joint stiffness to severe cases of structural bone issues.

Moreover, many dentists agree diet is essential to healthy teeth, and the act of brushing and flossing is the mechanism that removes plaque from teeth. Simple baking soda alkalizes and aids in removing bacteria and plaque from teeth.

Recent dental research has led to the discovery of other substances that may be safer than fluoride and still harden tooth enamel and defend against decay. Current research is testing theobromine and its ability to prevent tooth decay.

Finally, in many other countries where fluoride is not used, data does not show an increase in cavities or dental decay.

This raises the question: With so much speculation in fluoride hazards and the difficulty in controlling the amount of fluoride each person ingests, combined with the research on promising new substances that help, why isn’t the dental industry investing more in finding a safer alternative?