Should companies talk to baby boomers about retirement? 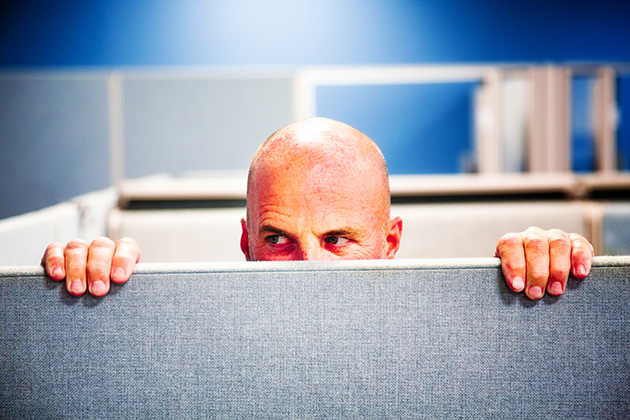 Before baby boomers retire, companies need to plan for possible successors and skill transference, among other issues. However, a survey by Willis Towers Watson, a risk management and insurance brokerage company, found that companies have several concerns regarding potential retirees.

The company surveyed 143 human resource managers, representing close to 3 million employees. The resulting report, "Employer Concerns and Responses to an Aging Workforce," reveals that companies struggle to plan for replacing retiring workers, in part because these employees don’t share their retirement plans.

Further complicating this situation, when workers are temporary, part-time, or consultants, it’s difficult to even determine what retirement looks like. (By 2020, at least 20% of responding companies plan to offer some type of part-time or flexible work arrangement to older workers.)

In addition, loss of talent is a concern for companies in some industries.

So, how can companies approach baby boomers? Should they even initiate conversations about retirement? Below are some tips to help companies navigate this delicate topic.

How employers can best approach older workers about their retirement plans, without pushing them out

One way or the other, some baby boomers are probably thinking about retirement on a regular basis, but it’s no surprise that they’re not sharing their plans. "They are afraid of being asked to leave before they are ready emotionally and financially, so they keep their thoughts to themselves," according to Jayne Mattson, Senior Vice President at Keystone Associates, which provides custom career transition services.

She says they may be targeted, but not necessarily because of their age. "Usually, it is because their skills or qualifications are not up-to-date and the company has different business needs that the older worker can no longer fill."

Mattson recommends that companies create a "safe" environment in which employees close to retirement age can talk directly to their managers about their plans. "When employees are part of the decision with their managers, it minimizes the feeling of being pushed out. Companies would benefit from creating a new program or initiative, ‘The Legacy Phase,’ for retirement-age employees and for their managers to have an honest conversation about their future with the company."

Keeping these employees engaged can be beneficial to companies. Shani Magosky, founder of The LeaderShift Project, and author of "The Better Boss Blueprint," recommends a coaching approach.

"In fact, coaching people — from the individual contributor level up to the senior-most leaders — to understand what will keep them engaged, challenged, and productive is a crucial part of any comprehensive succession planning effort and is just plain old responsible leadership."

A part of this approach entails asking thought-provoking questions. "The coach should be open-minded, curious, and unattached to any particular answers," Magosky says. She recommends two simple questions to get the conversation started:

Note that these are not age-biased questions. "These are the same questions you’d ask people early on and continue posing periodically throughout their careers," she explains.

Based on the responses, managers can develop a midterm plan. "The plan would continue leveraging their strengths, align on possible roles and related goals, and set them up for success with any necessary training, connections, or other resources."

So, when is the best time to have this type of conversation? According to Mary Leigh Pirtle, an associate at the Bass, Berry & Sims law firm, who specializes in employment law and labor and employment litigation, an annual review period is an appropriate time to discuss an employee’s upcoming plans and any need for succession training.

"Employers should pose questions to employees about retirement plans with the sole goal of understanding staffing needs for future workforce planning," she says. "This discussion should be general in nature, should not make reference to the employee’s age or ‘generational’ comments, and should promptly end if the employee indicates that retirement is not a consideration at that point," Pirtle says.

This might be a safer approach, since breaching the retirement topic could set companies up for possible legal problems. "I would advise companies to exercise caution, because asking older employees when they plan to retire is usually taken as an ageist comment," according to Donna Ballman, a Fort Lauderdale-based employee-side lawyer, and author of "Stand Up for Yourself Without Getting Fired: Resolve Workplace Crises Before You Quit, Get Axed, or Sue the Bastards."

If the employees respond that they intend to work until they die — and then the company hands them a severance package, Ballman says that’s clear evidence of age discrimination.

"Maybe a company policy asking that employees give a certain amount of notice prior to retirement to give the company a chance to hire and train a replacement would be the way to go," she says. "But something directed only at older employees would be problematic," Ballman says.

Is it acceptable to have a baby boomer training younger colleagues, before they announce plans to leave?

Ballman makes a good point. Perhaps companies could create a policy outlining a notification timeline. Baby boomers have a wealth of knowledge and companies can’t be blamed for wanting to transfer this information to other employers. However, this can be a thorny situation.

"When younger colleagues take over from baby boomers, the older colleagues often feel undervalued by the company and their sense of self-worth diminishes," Mattson explains. "However, it is absolutely acceptable and, in some cases, preferred to be part of the training."

But companies need to think this strategy through. While boomers can also train younger colleagues, Ballman warns that if you’re making them train their replacement, they’ll be even more upset when you hand them a severance package or inform them that you’re letting them go.

"Many employers require all upper level employees to have a succession plan in place in case of death or disability, so that might be a workaround if there is a real concern," she says. "But that should be directed at all employees of a certain level, not just the older ones."

Pirtle agrees that it may depend on the position in question and the company’s needs for proper succession training. "For example, the company may determine that is best practice to have a ‘backup’ employee trained in key positions or roles with steep learning curves," she explains. However, the goal behind the training efforts should be securing future workforce planning, and Pirtle says this should not be dependent on the age of the employees involved.

In fact, Ballman advises companies to stop targeting older employees for layoffs or assuming they will retire at a particular age. "Don’t claim a position is being eliminated when it’s just being retitled or, worse, not being eliminated at all," she says, and warns that these tactics will be used against you in an age discrimination case.