Should Apple do more to limit children’s screen time? 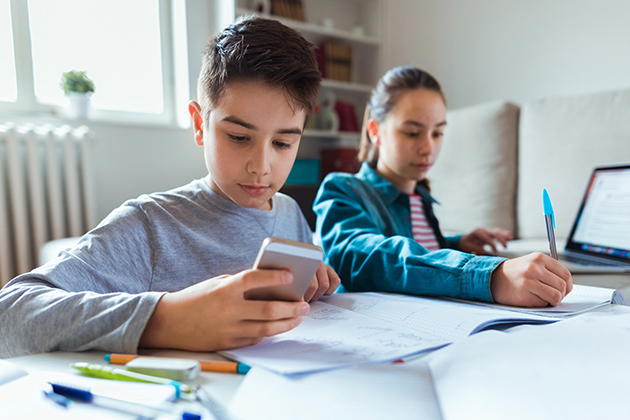 Eye problems, bad posture, carpal tunnel syndrome, social disconnection, depression, insomnia. All of these are symptoms of excessive screen time, and Apple has recently responded to a request by shareholders for the company to address youth screen time issues.

An open letter from two of Apple's largest shareholders — Jana partners and California Teachers Retirement System (CalSTRS) — cites numerous studies about the harmful impact of digital screens on children and teenagers. Screen time is the elephant in the living room for parents, educators, education policymakers and education technology developers — and there is by no means a consensus.

The original American Academy of Pediatrics guideline recommended no more than two hours of screen time each day for children 2 and up. It is evident that actual average daily screen time well exceeds this two-hour limit.

Then in 2016, the Academy held a highly attended national conference that replaced the more rigid two-hour daily maximum guideline with the general exhortation to "limit screen time" for children 6 and up. Now, no screen time is recommended for children under 18 months. For ages 2 to 5, one hour per day is recommended.

The change in the 6-and-up category reflects the increasing accommodation to technology in our lives. Does Apple want to play a part in changing these conditions?

In response to the open letter, Apple states that the company has always played a lead role on screen time concerns by introducing parental controls to the iPhone in 2008. A decade later, this includes "content and app restrictions, data access, privacy settings and password requirements."

Apple also says it has future plans to make these tools more robust.

Currently, shareholders are critical of "Apple's current limited set of parental controls" that "dictate a more binary, all or nothing approach, with parental options limited largely to shutting down or allowing full access to various tools and functions."

While it is acknowledged there are apps to further enhance screen time controls, shareholders suggest there are so many as to be confusing. The company can make an impact by placing accessible and user-friendly solutions at the forefront.

Most interesting is that Apple has ignored the shareholders' request for an expert committee on child development, annual progress reports and the opening up of its data to screen time researchers. In summary, the company's response to shareholders is vague and even dismissive.

In the meantime, the shareholders' open letter notes that teachers are in the crossfires of screen time debates, as they directly deal with children's increasing distractions, depression, antisocial behavior and even growing suicidal tendencies.

Education Secretary Betsy DeVos has aggressively promoted classroom technology, which leads to more screen time. During her speech at Davos in the Desert, a technology and investment conference held last May in Salt Lake City, DeVos described education technology as a "thousand flowers yet to bloom."

This is not even a veiled attempt to appear neutral amid the hotly-contested health concern of kids and technology. In this pro-technology education climate, if students are using screens during school and retreating to social media outside class, then screen time will clearly be increased instead of limited.

Apple shareholders state that a proactive stance can help the company's bottom line in the long run. Apparently, Apple is willing to gamble on a more passive role as the screen time debate rages onward.