Shelter or asset class? The financialization of housing 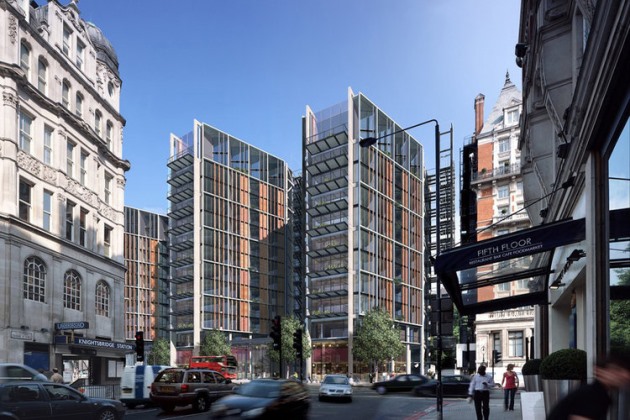 Several years ago, a picture was taken at night of the One Hyde Park development in London. The building is home to some of the world’s most expensive real estate, reaping in up to $180 million for a single apartment.

In the photo, there was not a single light on in the gleaming tower. Because no one lives there.

As real estate prices continue to steadily rise, seemingly endlessly, we have seen the concept of a “home” become divorced from its original purpose as shelter, and becoming instead a financial asset class in built form.

Some of the world’s most famous cities are becoming victims of their own success. And many are disturbed by this creep of financial markets into our shelter, arguing that our homes should not be reduced to a "financial asset for the wealthy."

Financialization is the process by which the influence of financial markets leak into corner of our lives where before they were absent. Little by little everything becomes a commodity.

We don’t have a good education now, we have "human capital." No longer do we have nature, but instead "natural capital".

The extension of financial thinking into housing has led to our homes being increasingly viewed as commodities.

Globally this has reached such an extreme level that in 2017, the UN’s special rapporteur on housing spoke out on how unregulated housing markets are excluding low-income households from accessing large swathes of our cities, exacerbating inequalities. She reaffirmed that housing should be a human right.

This has led to the “hollowing out” of city centers – not even as the traditional "playgrounds" for the super-rich in the center of the doughnut, but simply deposit boxes.

As Manhattan apartments become popular as a "pied-a-terre" for holders of global capital, it has been reported that in some parts, up to 1 in 3 apartments lies empty for at least 10 months a year.

Apparently, landlords in the city are sometimes making such a good return on their investment that they simply don’t want the "hassle" of renting the apartments out to tenants — a process known as "warehousing."

Against a backdrop of rising homelessness, this led activists in New York to campaign for the Housing Not WarehousingAct, passed in 2017, forcing landlords with vacant buildings to register and return them to productive use.

Empty homes not only have a damaging impact on levels of inequality, but also on the public life that makes our cities attractive in the first place. A vibrant city relies on principles of diversity in use and residents.

Cities thrive on diversity, a little chaos, social mixing and footfall, but much of that life is sucked out by the "bland monochrome world of the super-rich."

Even when they do drop by, these neighbors tend not to frequent the local corner shop set up by a small-scale entrepreneur. They contribute neither to the street life nor the economy of the neighborhood, which becomes little more than a corridor to reach their underground car park.

When we look at a high-rise building divided into flats, we make the mistake of seeing it as a residence. In fact, it is a tradeable currency, a stack of bank notes solidified into concrete.

At the most shifty end of the spectrum, these properties serve as a haven for laundering money stolen from state budgets over the world.

By using offshore companies, this means of parking your ill-gotten money can be largely untraceable. Stories abound of prime properties being bought with cash.

In other cases, properties in relatively stable states like the U.S. and the U.K. act as a safe haven to park money for those who live in countries without a robust system of property rights, a reliable court system, and a secure banking system. Importantly, property is also relatively liquid — if the investor needs an injection of cash, the building becomes their ATM. It can also act as collateral to leverage further investment.

International property investment can serve another purpose too — sometimes buying their investor the ultimate prize, the so-called "golden passport." It appears that even citizenship is up for sale, and property can be one way to buy it.

Beyond the rarified world of the so-called “1 percent,” however, the rest of the market is no stranger to the financialization of housing. The number of ordinary citizens who are beginning to think more like property developers than residents of a home in on the rise — fueled by TV programs like "Property Ladder."

Home improvements today are often not made based on pragmatic needs, such as an extension to provide a bedroom for a growing family. They are now often made on the basis of the impact on sales value.

The UN has spoken of how the commodification of housing worldwide has robbed it of its "connection to community, dignity and the idea of home."

There is not always corruption at the root of property investment. But the problem goes deeper than that — our homes serve a broader purpose than as a financial instrument and communities, unlike global capital, are deeply rooted in a place.

Perhaps the balance needs to be recalibrated.